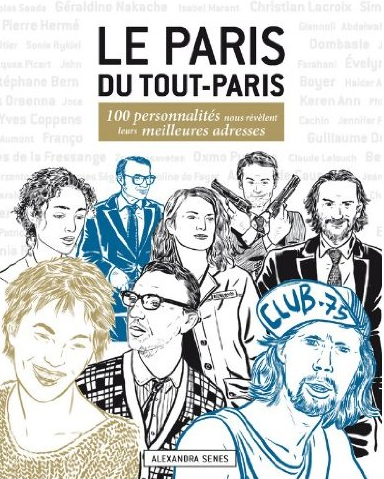 A few weeks ago we were at La Hune bookstore, a magical place facing the église St Germain des Près. It is two floors and an ante-room full of books. A lot of them are art books that are great in any language, or no language at all! They were opening a large cardboard box of books titled, Le Paris du Tout-Paris, which roughly translates to the Paris A-list crowd’s Paris. 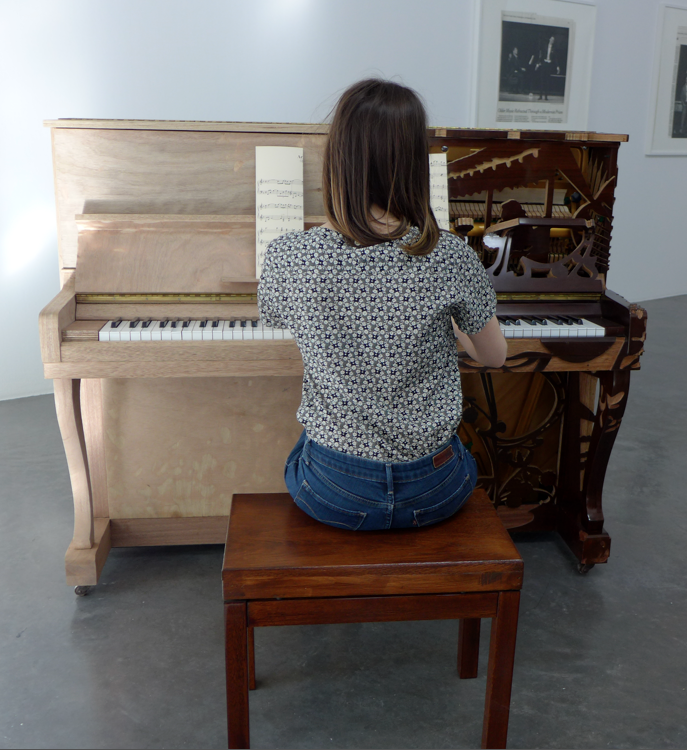 Mr French huffed away, mumbling something about elitists. I picked up a book and started flipping through. The A-list in Paris includes TV news personalities, movie stars, art gallery owners, musicians, chefs and, of course, Inès de la Fressange. Some of the A-list are well known abroad; Sonia Rykiel, Jane Birkin, Pierre Hermé. Others are relatively unknown; the third female rabbi in France, Delphine Horvilleur or Yves Carcelle who runs the Louis Vuitton foundation.

They talk about their Paris, mention their favorite restaurants and share their shopping secrets. And guess what? More than a few of them adore hanging out at Café de Flore. 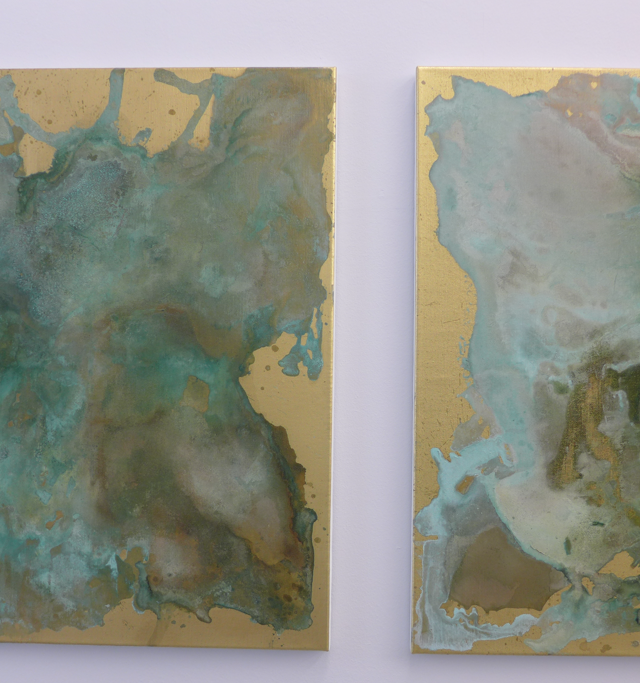 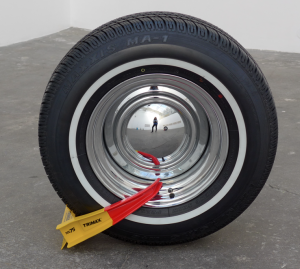 While reading I came across the Paris of Clément Dirié, a publisher in the contemporary art world, I had never heard of before. Monsieur Dirié likes to spend his Saturdays haunting art galleries. Sounds so much like my Mr French, I had to show him the page, pointing out the list of galleries in Belleville we had never explored. Mr French got so excited, he actually found where we keep the printer and learned how to make a copy. This Saturday there was no discussion, we were going to Belleville, to follow in the publisher’s footsteps.

We started out at Le Plateau at the Place Hannah Arendt, a free public art space that had some really fantastic works on display. Including a pianist who was playing partitions an artist had split, forcing her to take long pauses between brief spells of intoxicating music. Her piano had been split, too; half traditional upright, the other half ornate wood cuts. 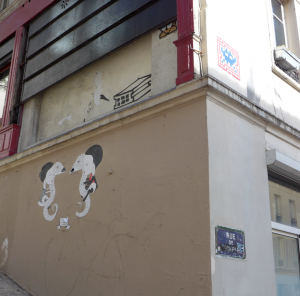 Then we strolled into the glorious parc aux Buttes Chaumont. The place was full with picnic-ers, birthdays parties and sun worshipers, pink cherry blossoms carpeted the paths, balloons bobbed above. At the bottom, there was some great street art by Fred Le Chevalier and Invader.

And there were more art galleries to explore, Jocelyn Wolff, Bugada & Cargnel, and Marcelle Alix. Some of it was interesting. Some of it was what the French call foutage de gueule, which means somebody is trying to make a fool out of you. There were car tires with brakes on sale as art for 5000€ a piece. And copper sheets stained with animal urine the artist orders on the internet.

But there was some good art, too. 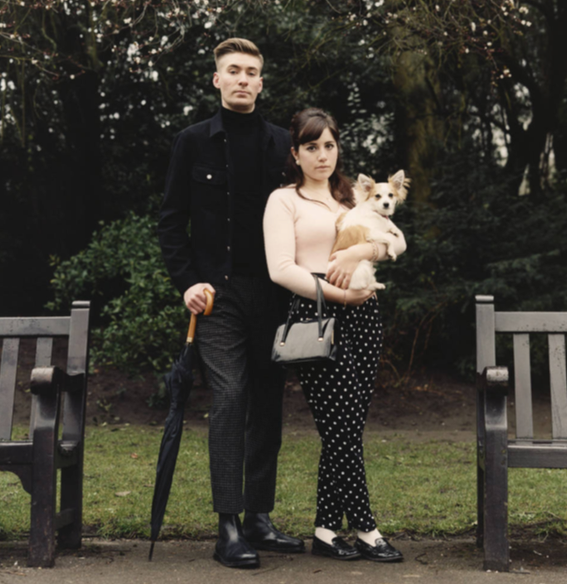 There was a particularly strong show at The Eyes Collection, Galerie Intervalle. We strolled along, stumbling in and out of galleries, meeting artists and listening in on a tour group of art students before finally making our way down to on of my favorite places in Paris, the rue Desnoyez, where street artists own the street. It was a llovely day I look forward to repeating at the rentrée, when the galleries will be putting on their very best.