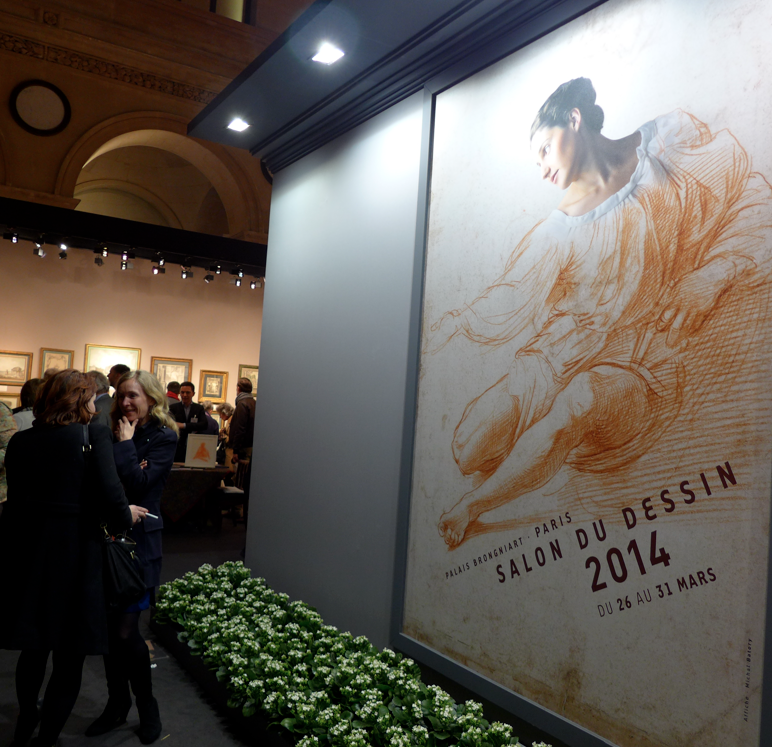 I left St Tropez for what the Brits would call a dirty weekend in Marseille with Mr French. It was a revelation, and I promise to share with you, but that was weeks ago and so much has happened since then, I need to take a break because right now, Paris is getting ready for its very own dirty weekend with the art world, with the Paris Art Fair, Paris Art+Design, the Salon of Contemporary Dessins and the Salon du Dessin. SO MUCH art, it boggles the mind!!!

Last night was the launch with a VIP evening at the Salon du Dessin, held behind the  imposing façade of the Paris stock exchange, La Bourse. Mr French was out of town, so Miss Yoga was my date for the evening.

The place was packed, penguin clad waiters with trays of dirty, empty glasses nudging their way gently through the older, rather distinguished crowd of collectors, journalists and gallery owners. It was inpressively sedate, while a mad house all at once. 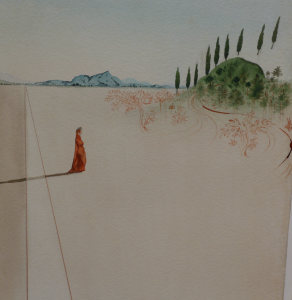 had enticed Miss Yoga to join me with the promise of some Klimt drawings. I don’t know why, but I was really excited to see some Klimts, and there was a great one of a distinguished woman in an iconic Klimt jacket waiting for us in the second gallery to our right. Further along a colorful study of a bedouin by Delacroix caught my eye. Posted below the framed work of art was a list of the drawings provenance, from the artist’s studio to an auction at Drouot in the 1860’s (with the lot number!) to the most recent owner. 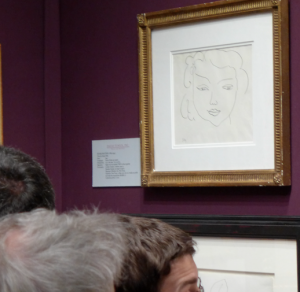 A smiling imp by Matisse caught our eye, a curiously serene Dali, an exuberant Braques…. There were three pieces from Sonia Delaunay’s Jazz series at different galleries, a coincidence that made sense when we read that there will be two retrospectives in her honor next year, one at the Musée d’Art Modern de Paris, followed by a visit at the Tate in London. 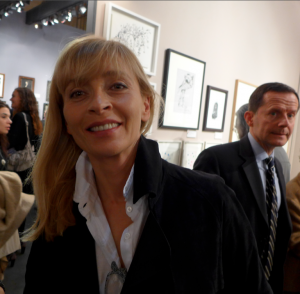 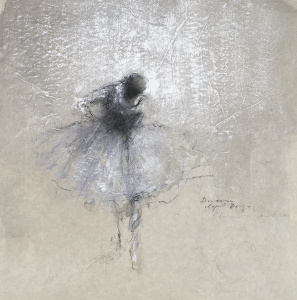 And then, coincidence of coincidence, we bumped into a friend and fellow Yogi who was there with a friend of her own. It must have been destiny, because given the crush of people, its fairly remarkable we saw anybody, much less recognized them! I was so excited to learn that the friend’s friend is the accomplished artist Hanna Sidorowicz, a gracious woman who smiled generously at the camera I virtually shoved in her face.Hanna draws her inspiration from the work that surrounded us, so we kept our visit brief and continued along, viewing the winners of the Contemporary Drawings prize and a small collection from the Musée des Beaux Arts in Nancy before stumbling upon our favorite work of the evening, a series of eloquent lines that flowed from the pen of Henri Matisse, forming the seductive trace of a woman, the arch in her back full of longing.

The Salon du Dessin is at the Bourse until March 31.