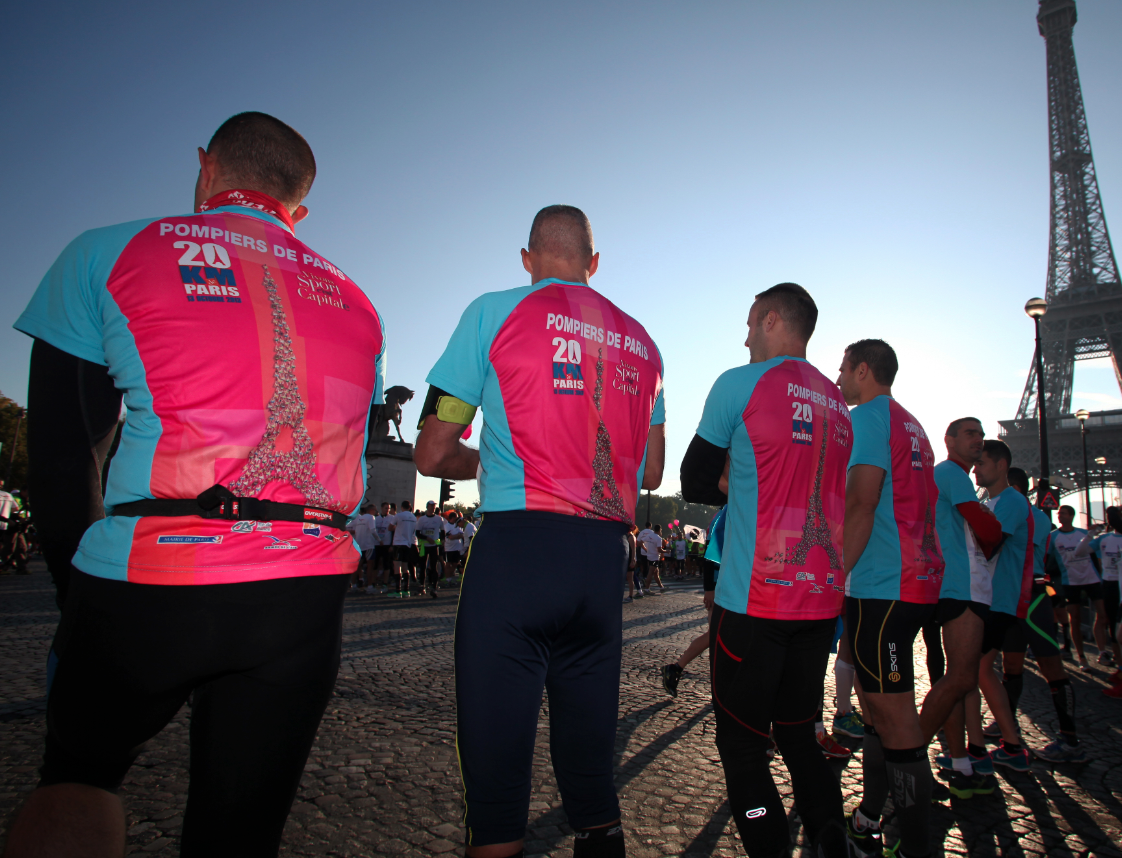 Last week I mentioned training for a marathon as I ran around like a mad woman for Paris Fashion Week. I wasn’t being poetic. I was actually training for a half marathon these past few weeks.

Every summer Mr French and I go to Hossegor and every summer for the past five years, he has prodded me into running around the lake with him. At first, I’d run 100 meters, then walk 100 meters, then bitch, moan and whine a bit before running a little further. I hated it. Every step of it. It makes you sweat, it hurts, its boring and I felt foolish as lame people in leg braces would whizz by running faster than I could imagine.

Then last winter I met a women who was planning to run a half marathon around Mount Kilamanjaro. An excuse to go to Africa? Not that I really need one, but I was inspired. I was going to train to run a half marathon and do it in Africa. It felt like destiny. I started running more and more, still hating every moment of it. I joined a team run by a fancy sneaker brand and the coach scoffed; if I didn’t start doing intervals, I’d never be able to run a half marathon. What were intervals? Another coach scoffed; I was almost too late to start training for a race that was an entire year away!!! Reports came back from the race. It sounded dangerously disorganized and I lost interest.

I was still running about 6km three days a week, just to stay healthy, and unbeknownst to me, a seed had been planted. This summer at Hossegor, for the first time ever, I was excited to run. I wanted to run the 6km around the lake, then a few extra km up the canal, and while we were at it, why not twice around the lake? By the time we came home my 6km runs were now 8-11km and I was enjoying the challenge. 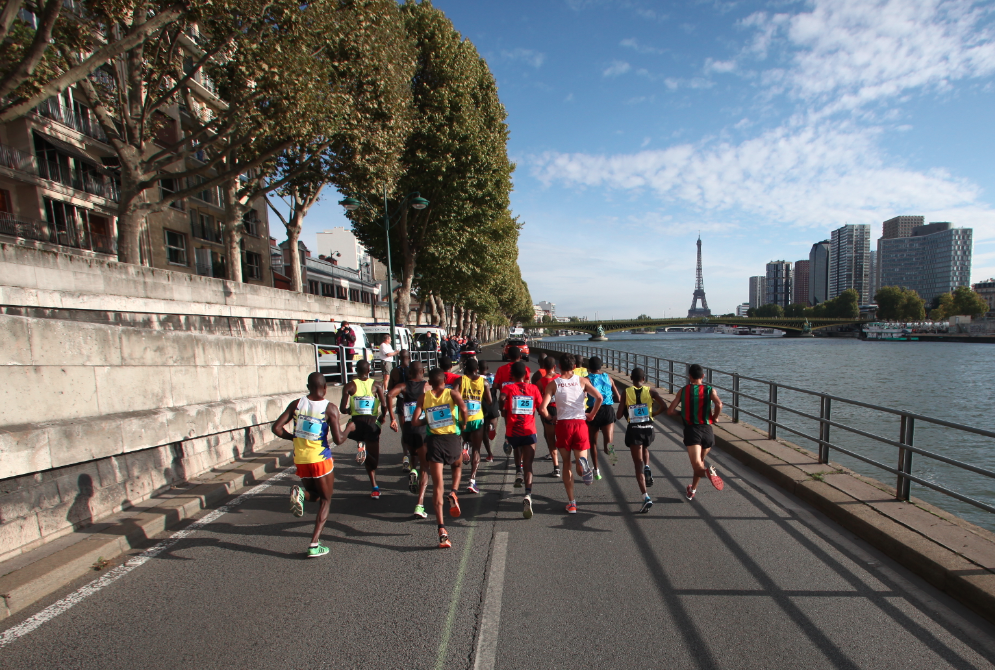 I looked online to see what it would really take to train for a half marathon. Shape.com had a fantastic schedule, 12 weeks and I’d be good to go. On closer inspection, I realized I was already well into the program. I only needed 7 weeks. Wanting to keep my routine to my schedule, I decided I’d run the 21.1km that is a half marathon on my own, in Paris on Oct 13.

People told me I was nuts. Wait for a race, my friends said. My father worried, Mr French was plotting out a route that would allow him to follow me. And then someone mentioned that the 20km de Paris was Oct 13. I could run a (almost) half marathon with 30,000 folks, which put everyone else’s mind at ease and totally freaked me out.

I didn’t see this run as a big deal. I had already run 16km on my own, why would I need so much support for 20km? But yesterday I headed to the Trocadero, picked up my dossard and was ready to go.

It was gorgeous out and the time seemed to fly a quickly as teh cobbled road under my feet. For the first time ever I ran 10km in under an hour. As I ran, I thought of a blog post I’d read about a runner who does it for the medals. She loves collecting those medals and I started to scoff, but had to stop myself as I realized that I do it for the shirts, which is the same thing. Ever the fashion monger, I loved wearing my Parisienne shirt as I ran to the base of the Golden Gate Bridge in San Francisco and along the reservoir in Central Park. I can’t wait to wear the flaming pink, Eiffel Tower decorated shirts this spring as I run along Lake Michigan in Chicago. 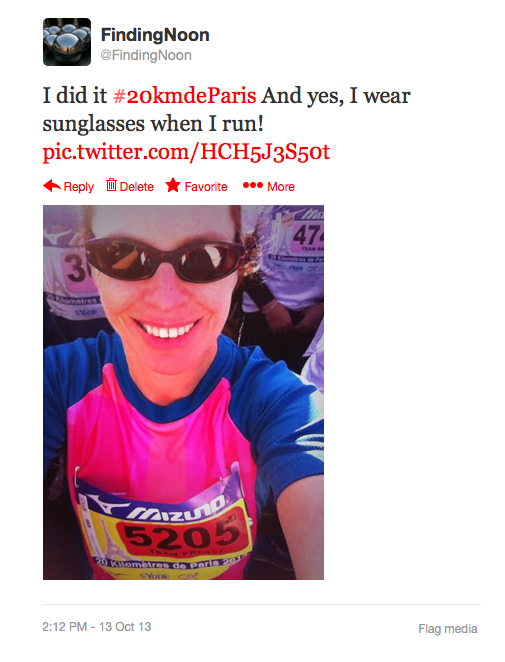 At 16th km I was in new territory. I’d never run this far before in my life. I started feeling heavy headed, sound was muffled and my ears felt stuffed. “This is odd…” I thought to myself as I looked at my heart monitor. Oops! Not so odd… My running heart rate is usually 168-172 and should never go above 180. It was at 201! I slowed down to a brisk walk, frustrated that I wouldn’t be breaking any more personal records that day, but happy to see my heart rate come down immediately. I finished the event with my eyes glued to the monitor, only looking up once. And just as I looked up, there he was, Mr French on the sidelines cheering me along. It was perfect timing, after all!!!

And so I completed my first (almost) half marathon.