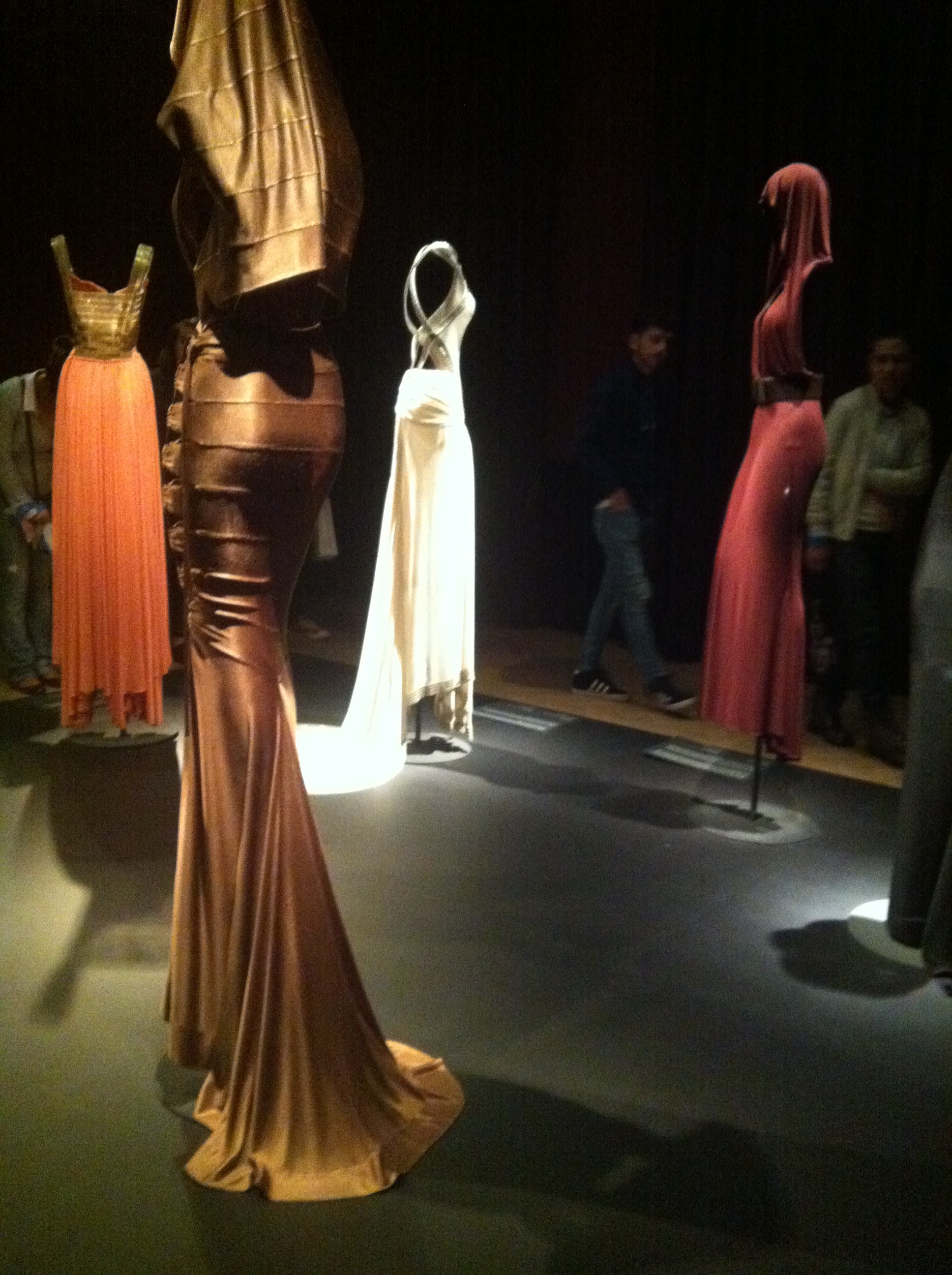 Fashion week may be over, but it seems like I just can’t enough. Yesterday Mr French and I spent a lazy Sunday afternoon waiting in line at the Palais Galliera to see the first exhibition since the City of Paris’ Fashion museum closed its doors for renovation in 2009.

The city continued showing fashion at other venues, and I am still kicking myself for having missed the Balenciaga show, so I was not about to miss the first show back at the old digs. Especially when I heard that it would be all about Azzedine Alaïa. 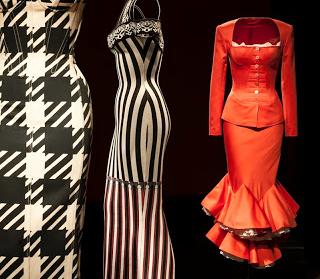 Born in Algeria, Alaïa came to Paris to study sculpture at the Ecole des Beaux Arts. He got a part time job sewing up dresses for women and before he knew it, he had found his passion. He credits much of his success with the fact that he never went to design school, but rather learned his metier by dressing women. As he says, “Women, women define fashion, I make clothes.”

And his clothes define a woman’s fantasy, of being held tightly, yet totally free. They are sexy, seductive and most importantly, flattering. Of course, all the dresses on display were cut to fit a size 0 model, but his prête à porter line is designed to highlight the roundness of the female form, and looks breathtaking on women who are too large for the catwalk.

Its a small show, with only 5 rooms in the Palais, featuring dresses that are easy to recognize as they had been worn by such stars as Grace Jones, Tina Turner and Rihanna. There is the black and white hound’s tooth dress that was designed in collaboration with France’s historic discount store Tati and at least 4 garments I wish I could have packed up into a suitcase to take home.

Its not very clear, but there is a 6th room at the Musée d’Art Moderne de la Ville de Paris, directly across the street. The continuation is in the salle Matisse, where some of the most astounding pieces of the collection seem to sway under the dancers painted by Matisse.

The crowd was just as fun as the show. A man who looked like my Turkish tailor bent forward to study the stitches, a boy with white running shoes and an athletic sweatshirt was busy sketching the designs in his notepad. A black hatted woman in a silk Prada coat, despite the threat of rain, another with gorgeous laser cut, patten leather jazz shoes.

Everyone lingered over the collection, savouring the details that put these garments on the fine line somewhere between fashion and art.