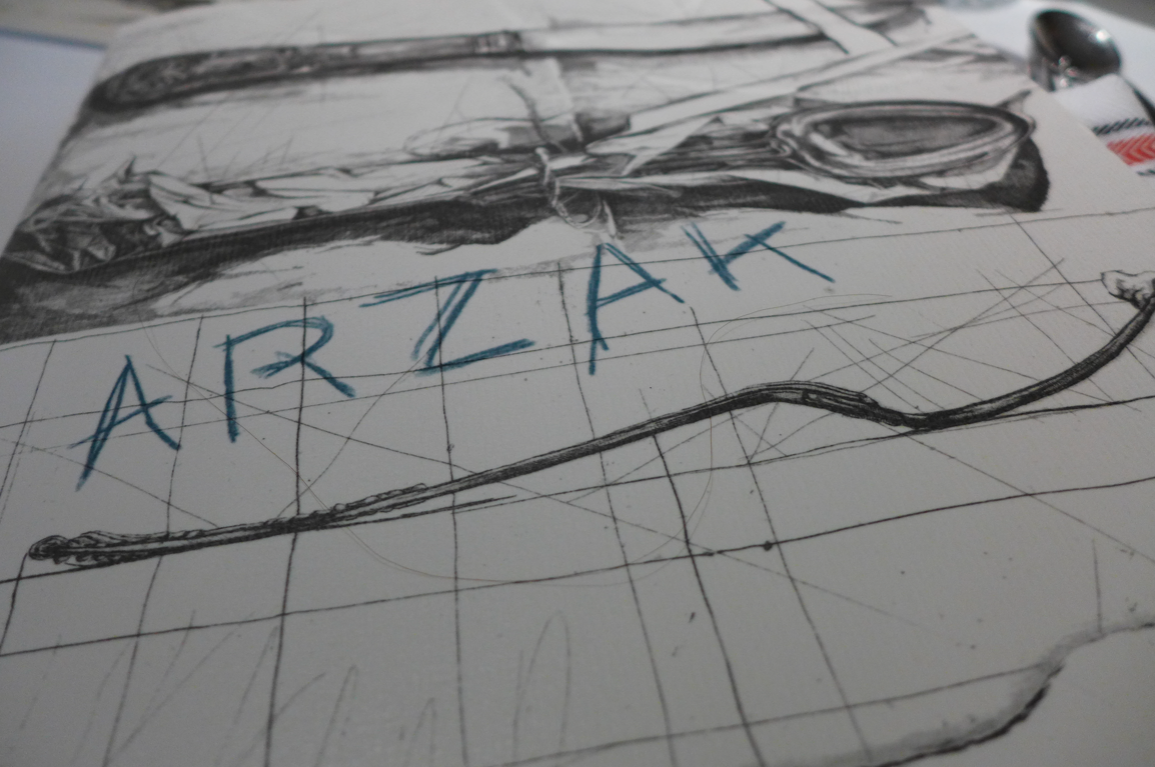 Every summer we head to Hossegor, a quaint town on the Atlantic coast, just a few minutes north of the Basque region. And every year, in what feels like a moment of insane decadence, we cross the border into Spain. For a meal. To a Californian the idea of going to another country for a meal, well, its mind boggling. But its only a 45 minute drive to San Sebastien, the Michelin star capital of the world.

This year, as a surprise for Mr French, I booked a table for two at Arzak, one of the best known restaurants in the city. I had a hunch we’d appreciate a romantic escape from a family holiday.

We spent the morning body boarding, then I threw on something casual for an afternoon savouring Spain. We visited the beach, did some shopping, and had a bracing jolt of caffeine before heading back to the car which I used as a dressing room. Trying to keep my knees from hitting the gear shift, my elbows flying in every direction, I guided Mr French with the iPhone gps while getting myself gussied up. Miraculously we got there without an incident.

“There” being a unassuming building that looked like it had been a road side inn for local truckers (later research reveals that is exactly what it had been). Walking through the doors we entered another world, both warm and modern. “Hello,” I chirped to the lovely lady at the bar, “we have reservations.” I gave our name. She couldn’t find us on the list. I gave our reservation number. She couldn’t find that, either. I handed her the confirmation email I’d printed out. “Oh, you’ve got the wrong day” she observed.

I was about to be sick, right there on the designer carpet. We’d been looking forward to this evening for weeks and the logistics with a group of ten in Hossegor had been nothing short of Herculean. Fortunately, at that very moment a manager appeared and pointed out that I had the right date, their agenda was simply on the wrong page. Disaster averted. Our name was there and all was right with the world.

Automatic sliding glass doors led us to a contemporary dining room, full of diners and a bustling staff. The sommelier was hugging a client at the table next to us, the maître d’ warmly greeting a group of regulars from Madrid.

A glass of the local white for Mr French, the (most excellent) house cocktail for me. The amuse bouches soonstarted to arrive… unexpected blends of fruit and fish and an exciting play on textures served on unique dishes, like a crushed beer can. The party had begun!

The maitre d’ guided us patiently through the menu, informing us that all the main dishes were available in half portions so guests could try alot of different flavours without over doing it. I loved the idea. 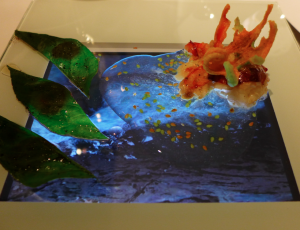 Moments later a waitress swooped by our table serving me a plate of ocean waves. I am not being poetic. My plate was a computer tablet with a video of ocean waves, the sound of them crashing against the shore flavouring my lobster dish.

This could sound incredibly tacky and over wrought, but it wasn’t. The chef, Elena Arzak Espina, is a true Basque; she works hard but loves to play. This is evident throughout the meal, and it took what was some very serious tasting and made it fun. Every now and again Elena would come out of the kitchen to greet guests and ensure a good time was had by all. She was kind to everyone, giving the same attention to her Spanish regulars as she gave to the neon-clad, name-dropping tourists who clearly knew nothing about food. She even spent several moments with the awkward French couple in the corner who never have any idea what to say to the chef (that would be us). 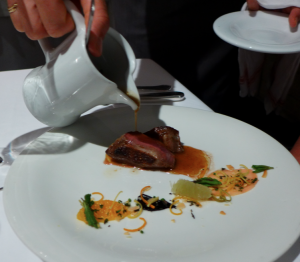 Of course, you don’t go to a restaurant like this for the scene. You go for the food and it was excellent. My taste buds are craving the crab starter as I write this and I almost asked for more of the pigeon and the lamb. The desserts were so delicious I regretted we’d agree to share only two of them.

A three star restaurant in Paris is theater. There is an entire performance that surrounds what is served and when and how. At Arzak its not theater, its a party, with the guests an important part of the mix. It was fun, and refreshing, and of course, delicious. As we left, Elena was there to say good bye, recommending other restaurants in the area and offering us a bottle of the house wine as a souvenir to enjoy in Paris. Let the party go on!