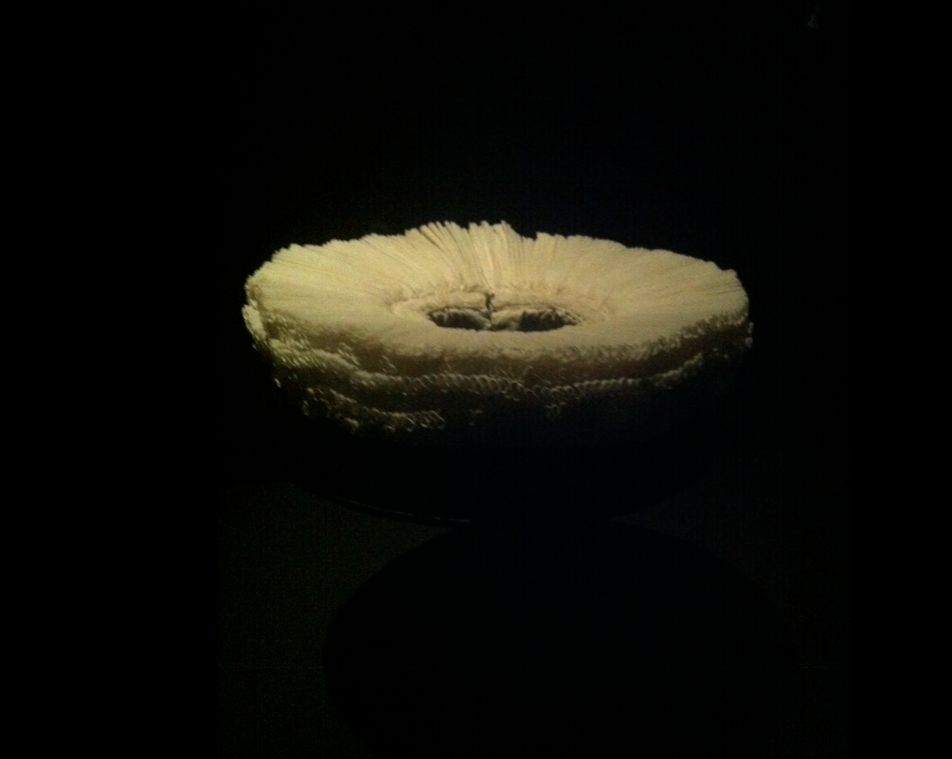 I’ve got a thing for underwear. Especially when it is French and silky This is not a very well kept secret, so it was not at all surprising when my phone started ringing off the hook (my kids would NOT understand that expression, it probably belongs in a literary archive and not in this post) with calls from friends telling me about the La Mécanique des Dessous exhibit at the Union des Arts Décoratifs.

The title doesn’t sound half as sexy as the term lingèrie and that is because ever since around the 14th century underwear has been first and foremost all about foundations and support. Fans Shakespeare and Commedia dell’Arte are some of the few visitors to the show who will not be surprised to learn that once upon a time men wore reinforced structures called codpieces, to exaggerate their, hmmm…. manly prowess. For many,  seeing one hammered into a suit of armor is a highlight of this collection. 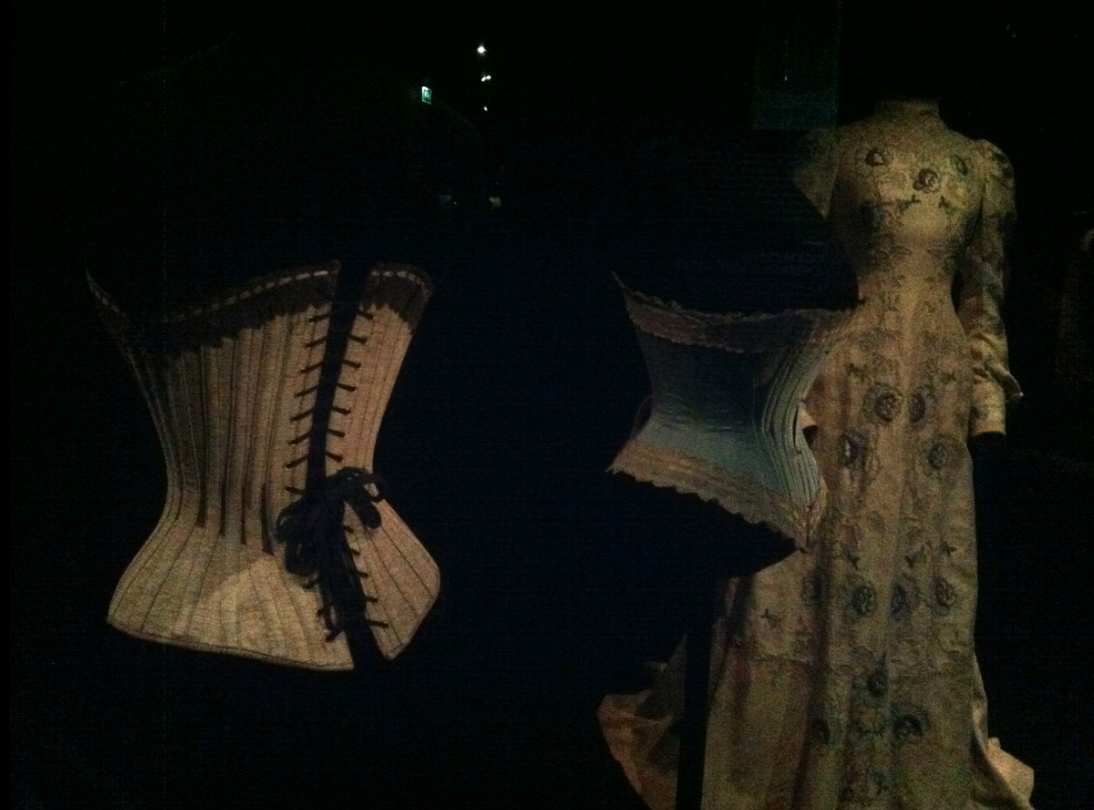 Proof positive that I’m not the only one who has reverence for foundations; the French take their undergarments very seriously and this exhibit is a celebration of the architectural creativity that has gone into making the perfect silhouette. I loved seeing the mechanical device that was used to lift those ridiculously wide skirts that Marie Antoinette and her friends would wear. I had always imagined them side stepping through doors, but the metal frames, called paniers, that held the skirts out could be lifted up with a string, allowing the skirt to fall flat ans the wearer to enter a room. 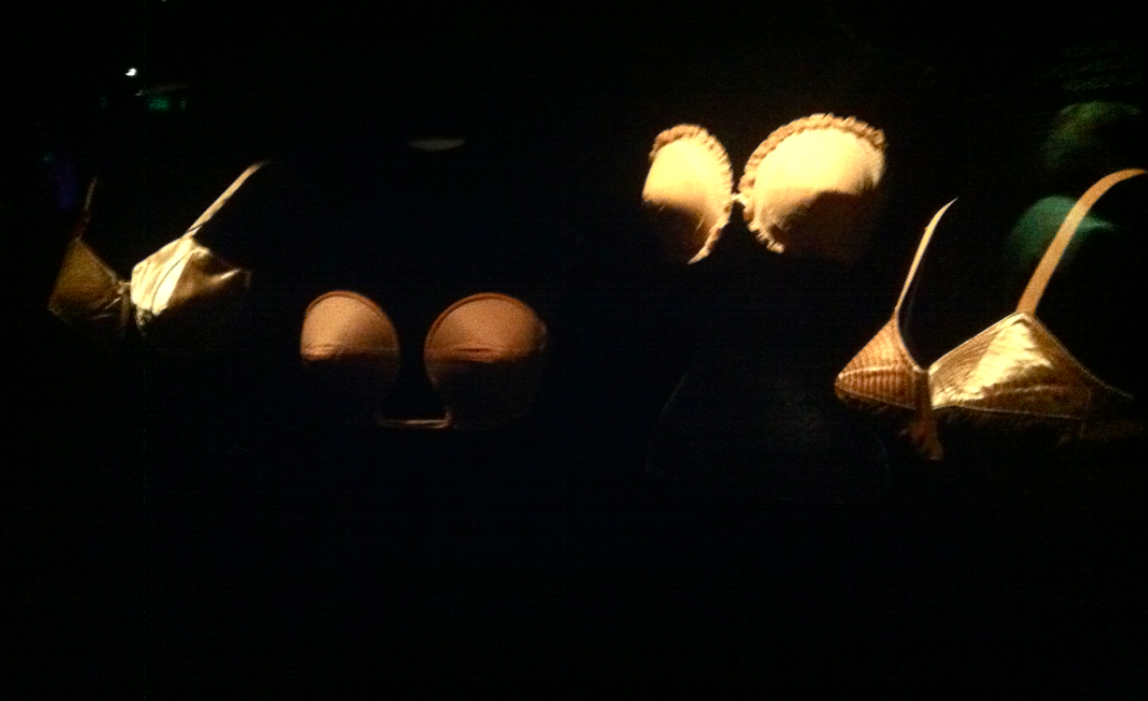 Other highlights include seeing the metal frames that were used to support Queen Elizabeth style ruffs, modern day models that showed haw many of the under garments worked, a series of film clips featuring lingèrie scenes, vintage underwear ads, and an area for trying on corsets and crinolines. That is a lot of highlights for a relatively small show and I was not the only one who loved it. Attended with my friend Karen, who had brought along an article by fashion editor, Suzy Menkes that had been published earlier in the week. Not only had she loved it, but she had learned a bit herself.

Finally, a word about the Union. It is the other museum in the Louvre Palace. Very few people even know there IS another museum in the Louvre, but there is and it is the national Decorative Arts museum, featuring furniture, jewelery and design from across the ages. It would be hard to find a more central location and unlike the Louvre Museum, it is open Tuesday, which is kind of a bonus.

ps photos were not allowed, so these ones are dark and elusive, teasing you like lingèrie should!

2 thoughts on “Under where? Under there!”