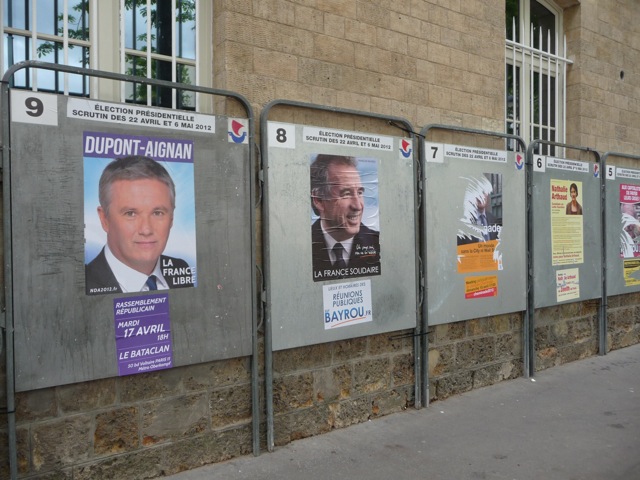 That is your French pronunciation lesson for today.  Ah Vo Tay is how to say a voté, I wanted you to hear this French expression from chez vous, because we voted in France today. And responsible citizens from across the country will hear this cry as they place their ballot in the voting urn and someone declares rather loudly, a voté”! It put shivers down my spine the first time I heard this when I was finally able to vote and it still thrills me to bits. Today was a particularly special day because I got to hear the official call twice; once for myself, and once as my 18 year daughter voted for the first time in her life. 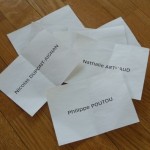 In San Francisco, we’d vote from a neighbor’s garage, but every polling station I have been to in France has been inside of a public school. Despite the early Sunday morning desolation of Paris during the school holidays, there were lines at all three polling stations I visited (Mr French, my daughter and I were each assigned a different address) today. Upon arrival at the station, you present your Carte Electorale and an official ID. You are then handed an envelope (today’s was powdered blue)  and invited to collect the voting sheets. A voting sheet is an index card-sized document that bears one candidate’s name printed in large, bold letters. This year there were 10 candidates, but I only took 9 sheets, because I refuse to even touch Marine LePen’s ballot. 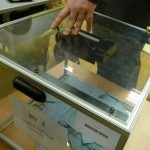 You are then invited into the isoloir. The isolation room. Sounds scary, but its just a simple voting booth with a wildly evocative name. Inside the isoloir, you pick your candidate’s ballot and slip it into your envelope. Outside the booth stands a large paper recycling bag for the rejects ballot, but I keep my voting chits because It feels more private. You then get back in line at the urn. When your turn arrives, they once again review your ID and confirm that you are on the list. The urn master then makes his declaration. Today he had a slight problem with my name and I stood there mutely as he announced;