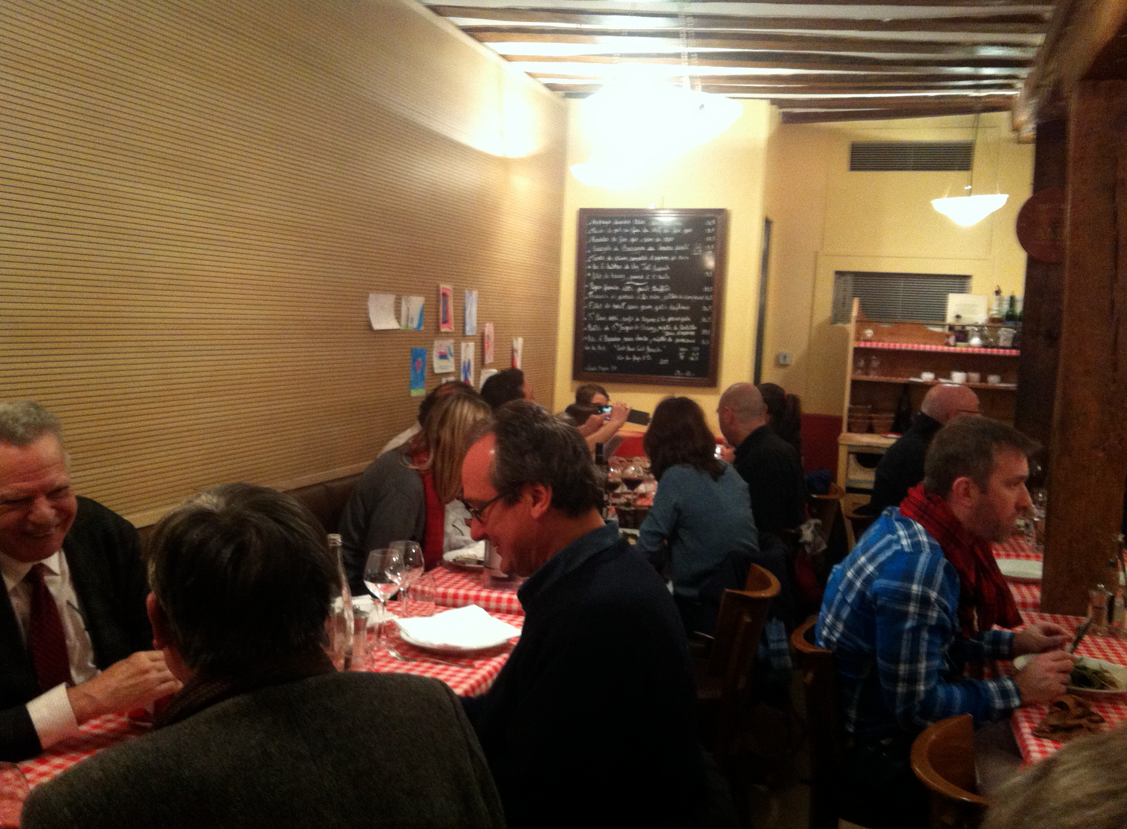 This wasn’t really a date night, but a romantic Saturday afternoon spent running errands in the ‘hood. By 14h I was feeling faint with hunger, so Mr French suggested we pop into one of his local favorites, Chez Fernand.

Chez Fernand is in an overwhelmingly touristy little square of streets filled with one restaurant after the other. The kind of place I generally avoid like the cat’s litter box and I was rather surprised the first time Mr French brought me in here. 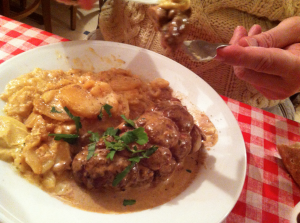 The charming wooden door, the red checked table clothes, I couldn’t tell if this was a tourist trap, or a genuine French dive. But it was full of local merchants swigging back carafes of red over their lunch hour(s) which is always a good sign. The joking in rapid fire French that was flying around the room was an even better one. And yes, I agree, I probably needn’t have been looking for signs at all, since my guide was Mr French. 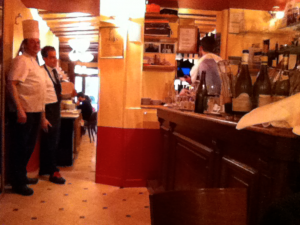 Since that first date, Chez Fernand has become one of our regular cantines. The food is always good; very traditional, featuring market fresh ingredients and without any fussy foam on your plate. This is food grandmère used to make. And the prices are fair, which she’d appreciate, making it a good address for just about everyone, but especially anyone who appreciates a lively local scene with patrons screaming from one table to the next, the chef coming out to see their satisfied grin, the servers telling you to behave yourself.

Our last meal was veal kidney for monsieur while I enjoyed a bit of cod with a healthy serving of vegetables, another thing I love about Fernand’s. They’ve got greens! And great desserts, which promise a sweet ending to our afternoon.