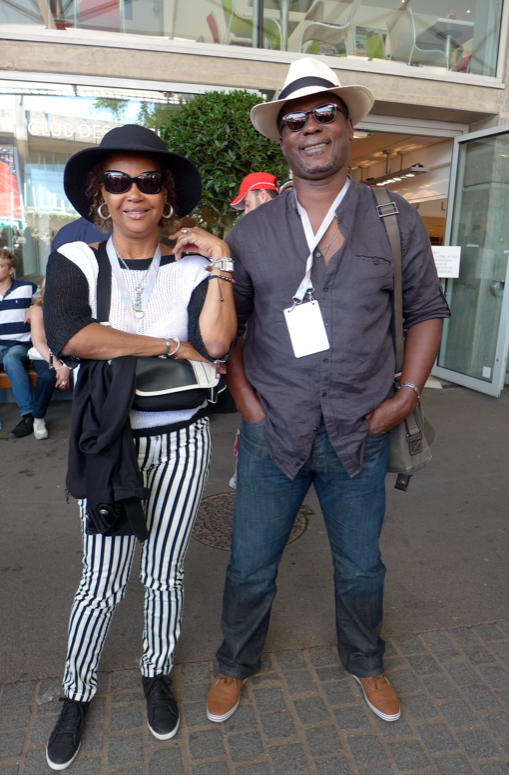 Has gone to court. The tennis court!!! Since I’ve already made my case for fashion and sports, let me just say that for spectators wearing the right outfit can sometimes be a question of having a great time, or going home rather ill. 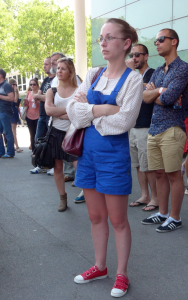 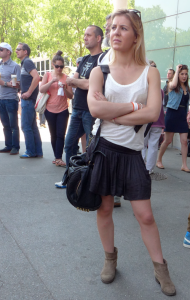 SO what does a girl wear to an international level tennis match with ‘it’ people sauntering by in every direction? Sunblock! And lots of it. I didn’t wear enough earlier this week and now Mr French is calling me Miss Strawberries and Cream. A hat, of course, that goes without saying. It is so de rigeur that they give them out free to all their VIP guests, which explains why you see entire sections of the crowd in matching hats. If you don’t bring one along, you may end up trying to remember how to make an origami one from newspaper, like you did in elementary school. Fans are a common accessory, but so are umbrellas! 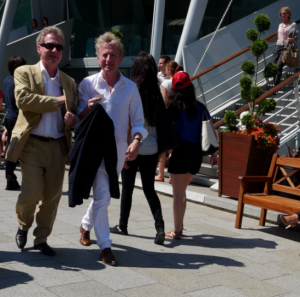 Other must-haves include layers, lots of them, because it may be cold and blustery outside, but the stadium acts like a gigantic wind breaker, so if the sun is shining you may need to do some serious shedding. But once back out in the public area, you’re be happy for your rain coat.

Sun screen, hats, fans umbrellas and a rain coat? Yes, madame, because it may also rain. And that rain may be a chilly, grey, relentless rain, like it was last week, or it maybe a brief shower, with blue skies never far from view. Like the results of the match itself, you can just never be sure. 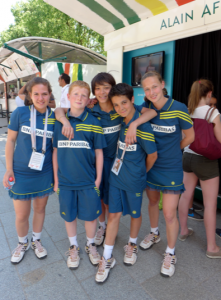 Once you’ve got the basics, anything goes, but I have never seen so many Hermes bags in one place. Not even in their shops. Men are often wearing suits, because they’re arriving straight from the office, and more often than not the suits are there for work. Women seem to have an easier time of dressing down in outfits that do double duty.

And then there are the uniforms. Every sponsor has an entire team of young, attractive folk wearing crisply cool uniforms. This is a group of ball kids who were done for the day. 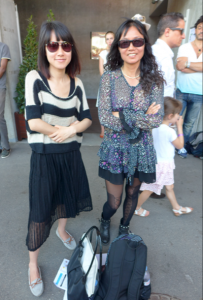 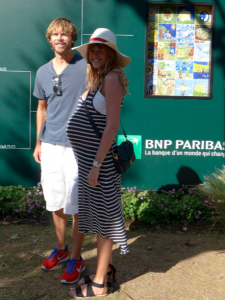 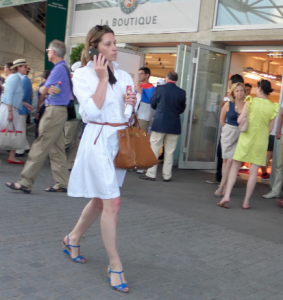 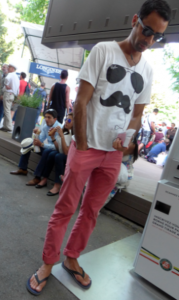 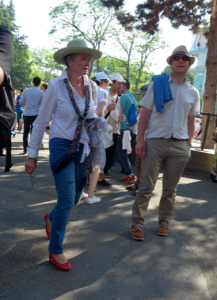