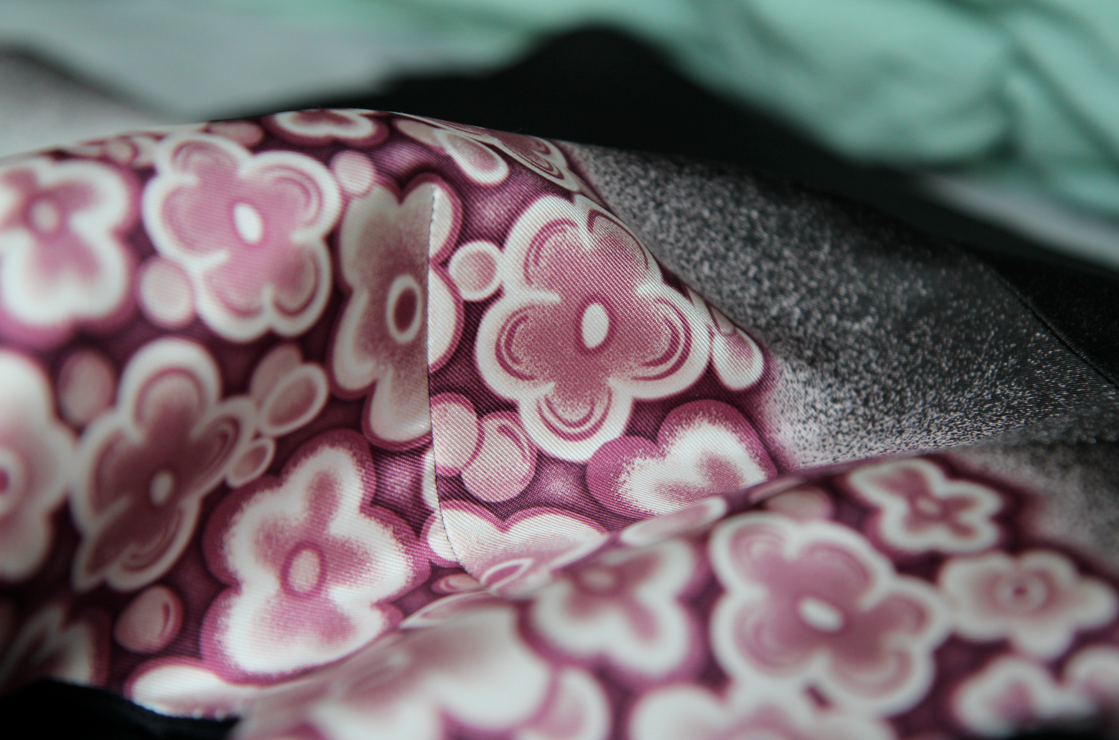 Then we really went wild, jumped into a taxi and headed off for the Faubourg Saint Honoré. We entered boutique after boutique; it was as if time had stopped and we were running through a frozen film set. People came to life as we approached, everyone else blurring into the background. I tried on a slinky skintight sexier-than-peeled-grapes dress that looked great on me, and I relished watching Mr French eat me alive with his eyes (thank you for that, Mr Raf Simons). Almost everything seemed to fit, and as sales person after sales person entered the dressing rooms, I quite pleased I happened to be wearing my very best purple silk lingerie for the day.

Then we arrived at Prada. I was never much of a fan, finding the large metal logos on her handbags such a turn-off that I never looked beyond to the clothing. But the shop was there, and we were having fun, so we walked in and I asked the burly, rather intimidating security guard to point us towards dresses.

Downstairs, a lovely lady named Magali, asked if she could help us. I explained our challenge and she set to work, bringing me dress after dress. I did not know this at the time, but Magali is an image consultant, and spends her free time helping Parisiennes learn to dress. It was as if a good fairy had waved her wand, each dress was more beautiful than the next. It is no surprise that Miuccia Prada was nominated for the Design Awards for her spring 2013 collection. And she designed the dresses for Baz Lurhmann’s The Great Gatsby, adding a little capsule collection for the event. I was spoiled with an exceptionally rich collection.

I tried on a sublime finely knit black silk tunic with 1920’s fringe on the bottom that swayed seductively with every step. Then came a silk taffeta princess’ dress in rich blue with large green and ivory dots, a tight bodice and full skirt. A fun, 1950’s inspired white-trimmed black dress with a full skirt, v-neck and sleeves that rested just off the shoulders, followed by a shiny black silk dress with kimono accents that ended about mid-calf. It all fit, and it all liked good, I could tell by the look in Mr French’s eye as he sat there patiently waiting for me to don one dress after the other.

Finally, I tried on a grey silk dress that had been cut like it might have been made for Joan from the hit show Mad Men. Steel grey and sleeveless with a long pencil skirt, a fitted bodice and a rounded scooped-back opening nearly to my waist. The fabric was airbrushed with a large patch of white that through the skirt and across the bodice where some mauve Japanese style flowers printed on to the silk taffeta. Seeing it on there was no doubt. We had found The Dress.