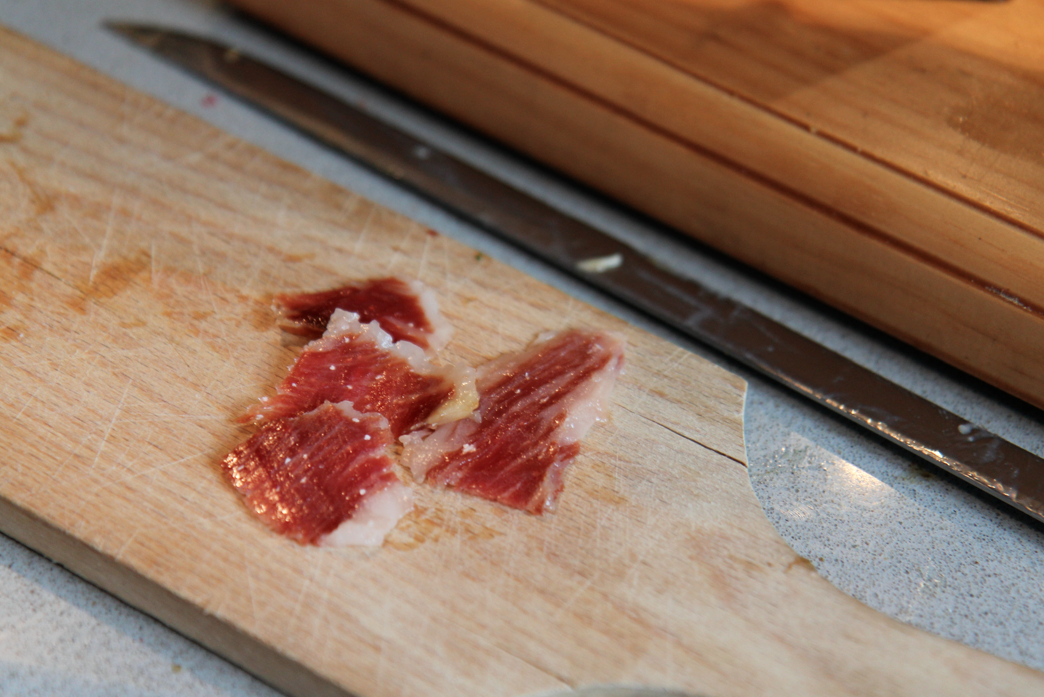 Last week I was talking about Mr French’s Christmas present, which he only received in March. He also got one in February!

Every December someone in Spain sends Mr French some Spanish ham. Which does not sound like a major feat, but it is. Last year a wine bottle travel with the ham broke and created a bloody looking mess. This year, the ham got lost, stuck in a large warehouse, just a few miles from our flat and totally unaccessible. Because it is a gift, I could hardly call up the sender and say, “Thank you for the lovely thought, but your gift never arrived.” So the sender was not thanked, which he found odd and called to inquire, then learning about the mishap and setting things right. 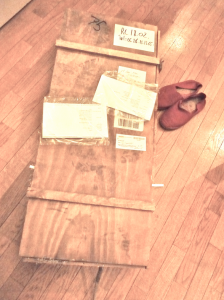 So it arrived the last week of February, just I was stepping out the door to catch the Eurostar for London. I had my bags, Mr French’s bags and I was preoccoupied with some teenager mischief Em had gotten into when the guardian stopped me.

“Madame, I have a package for you!”

“Oh, Merci, can it please wait until Monday? I am headed out the door.”

He opened the door to his office space and I saw what looked like a coffin for a very large dog. The ham had arrived. Mr Le Gardien carried the wooden crate to our door, I threw it in and let it sit there until our return. On the train, my phone rang. It was Em. 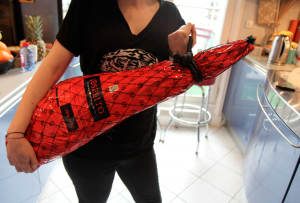 “Mom, the ham arrived.” The next day Mr French’s phone rang. It was his son who was staying at the flat because Em is only 15.

“Papa, I see that the ham has arrived.”

The ham is a major deal for our young’uns. Seriously, you’d think I hadn’t left the house stocked full of healthy pre-made food for them to scarf down. Everyone loves it. 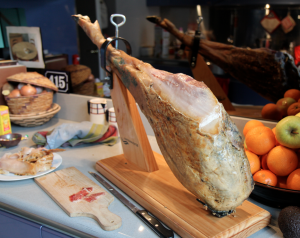 My favorite part is that it comes with 6 bottles of some really outstanding Riojas. Mr French loves the elaborate hardware we’ve had to acquire to deal with the ham.

After London we immediately headed to the Alps skiing, so it was only recently we got to start hamming it up!

4 thoughts on “Hamming it up”