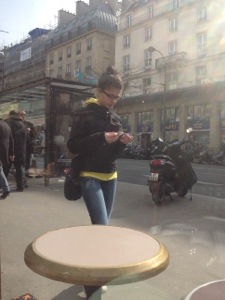 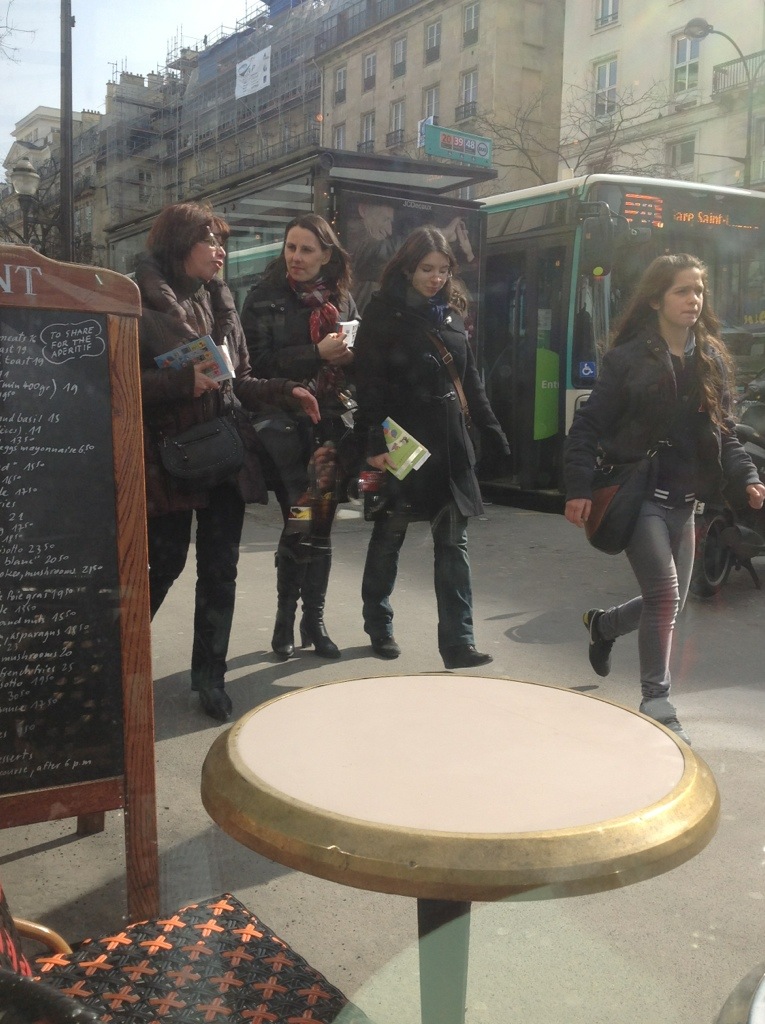 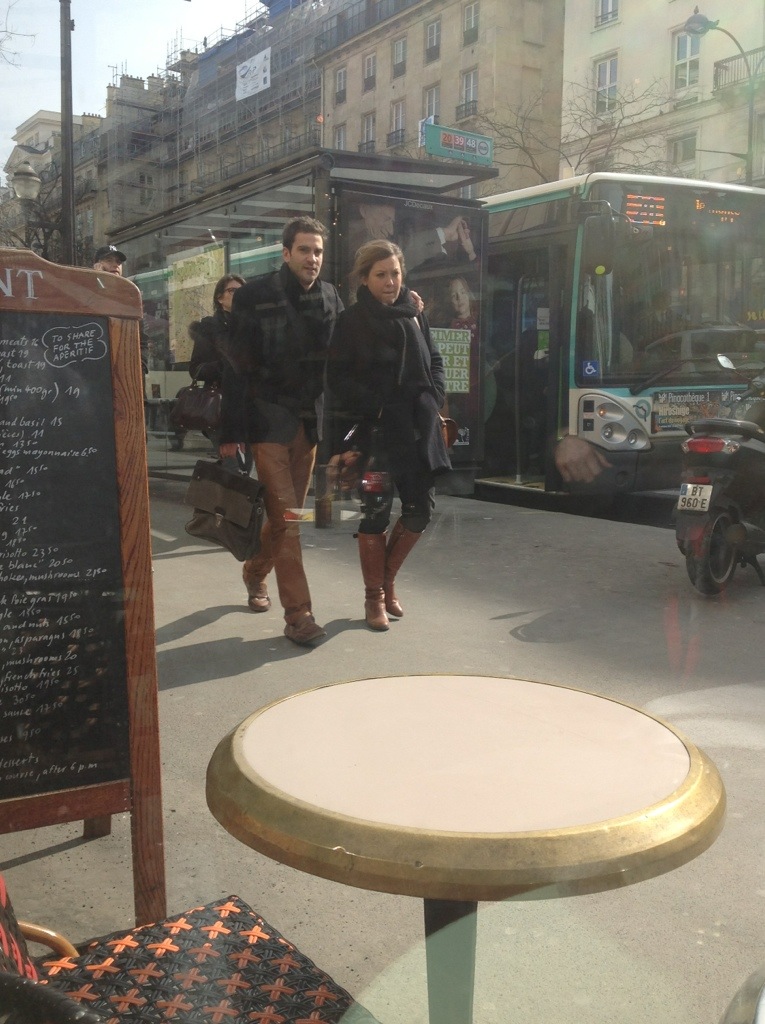 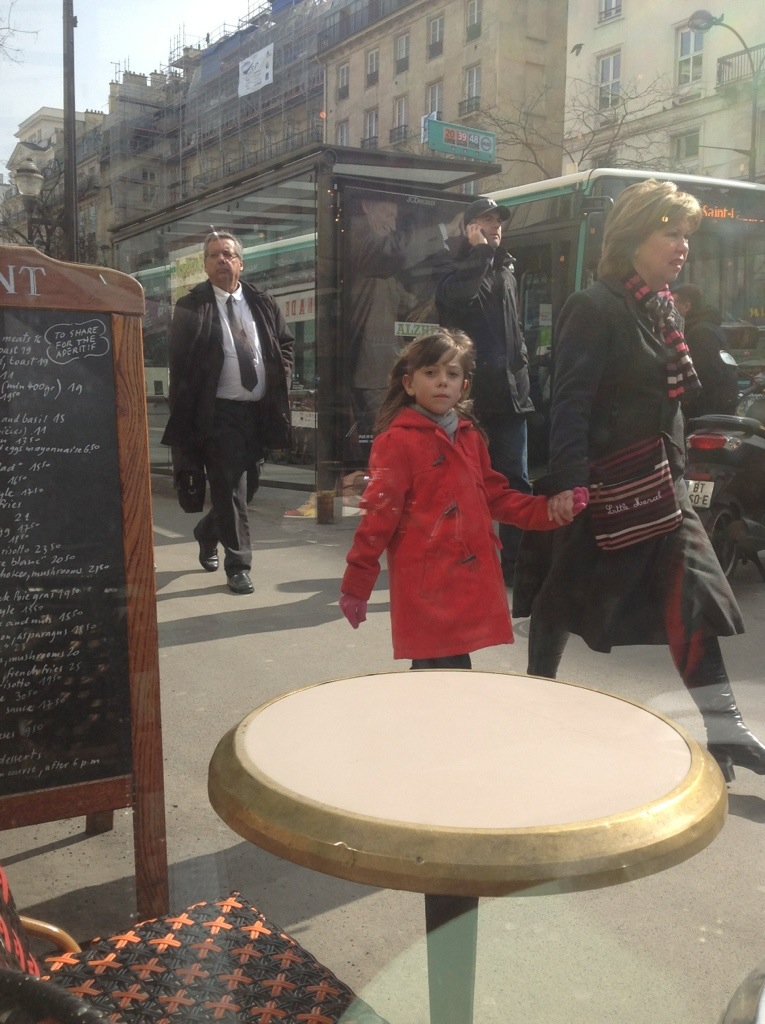 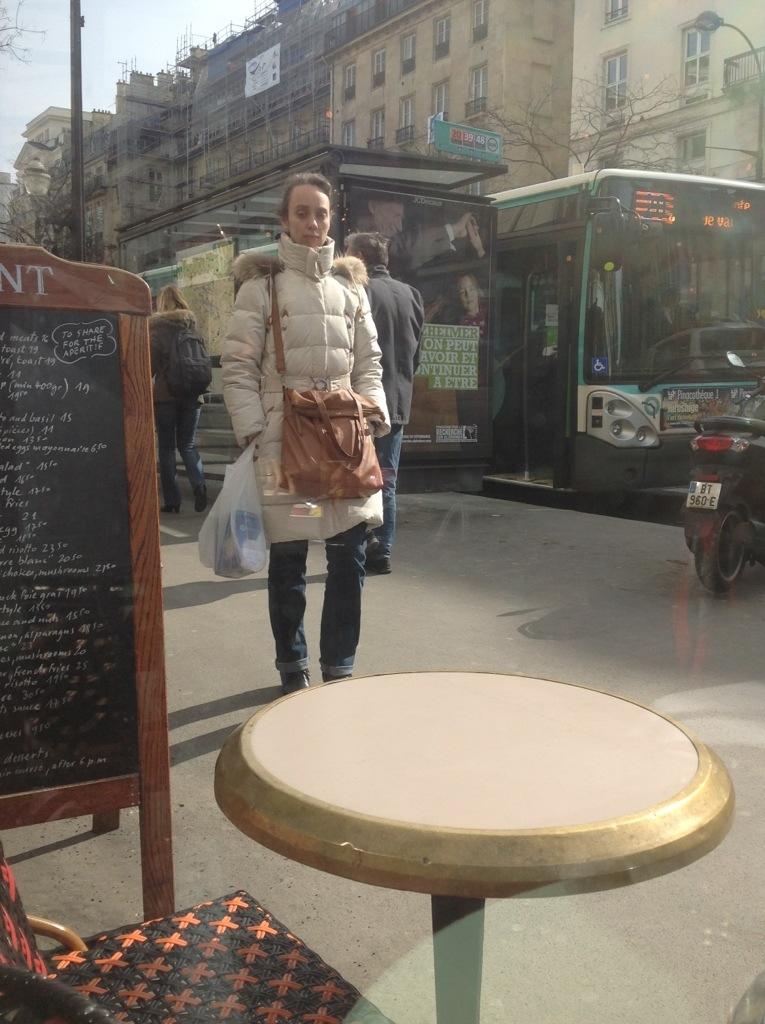 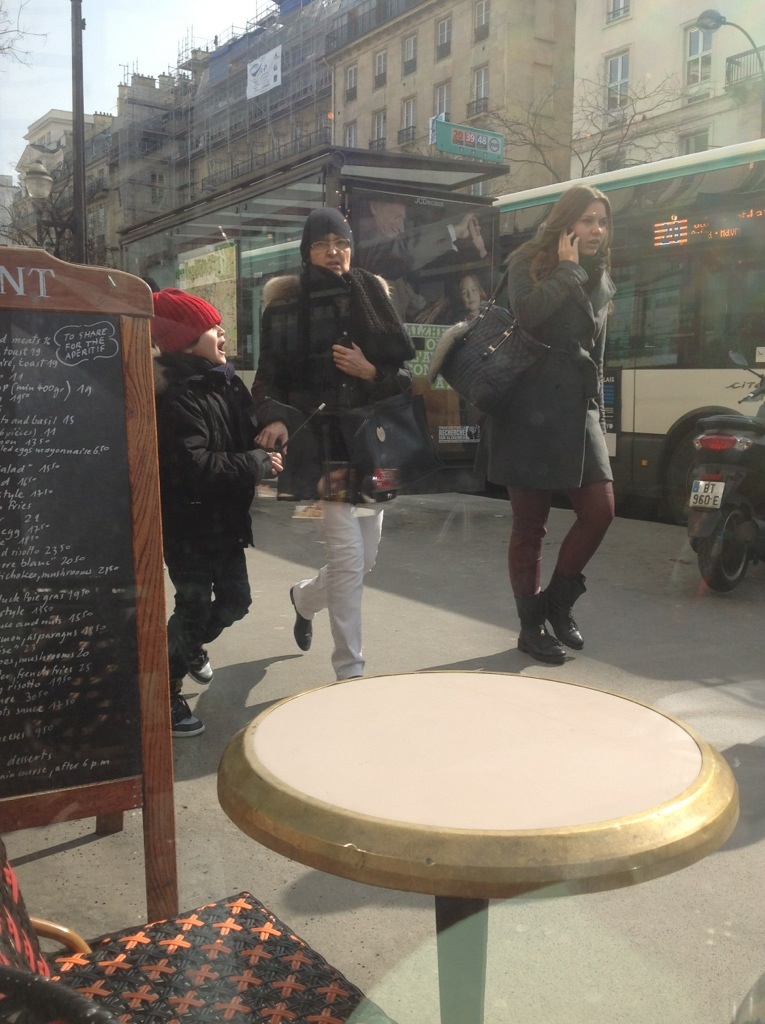 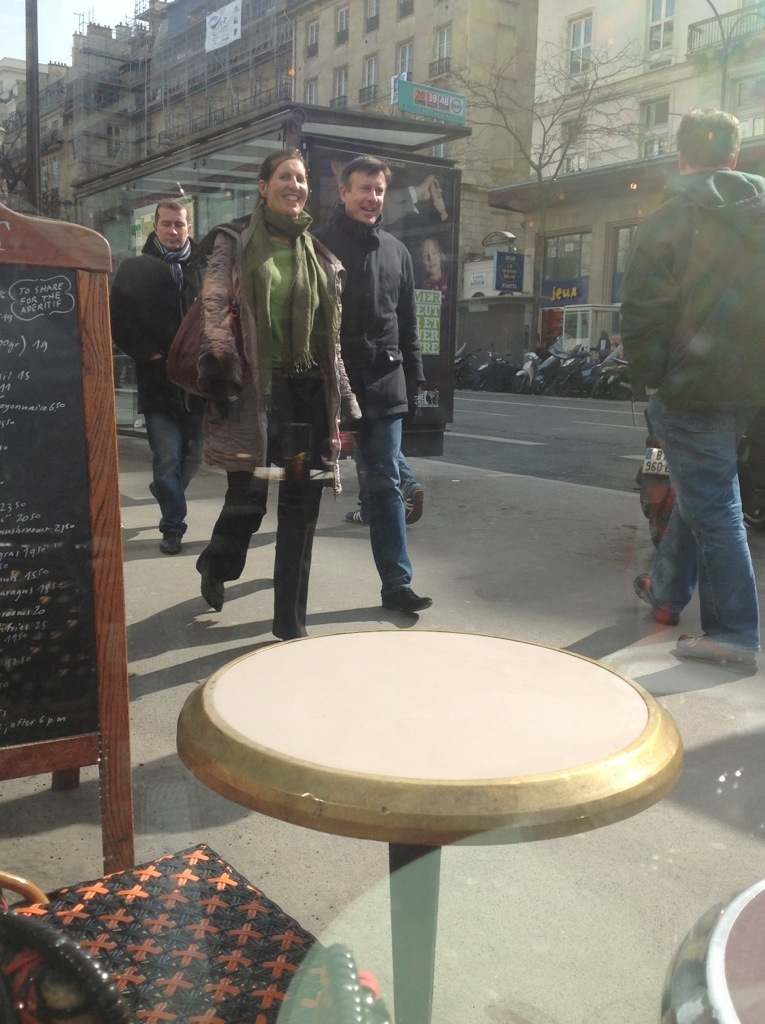 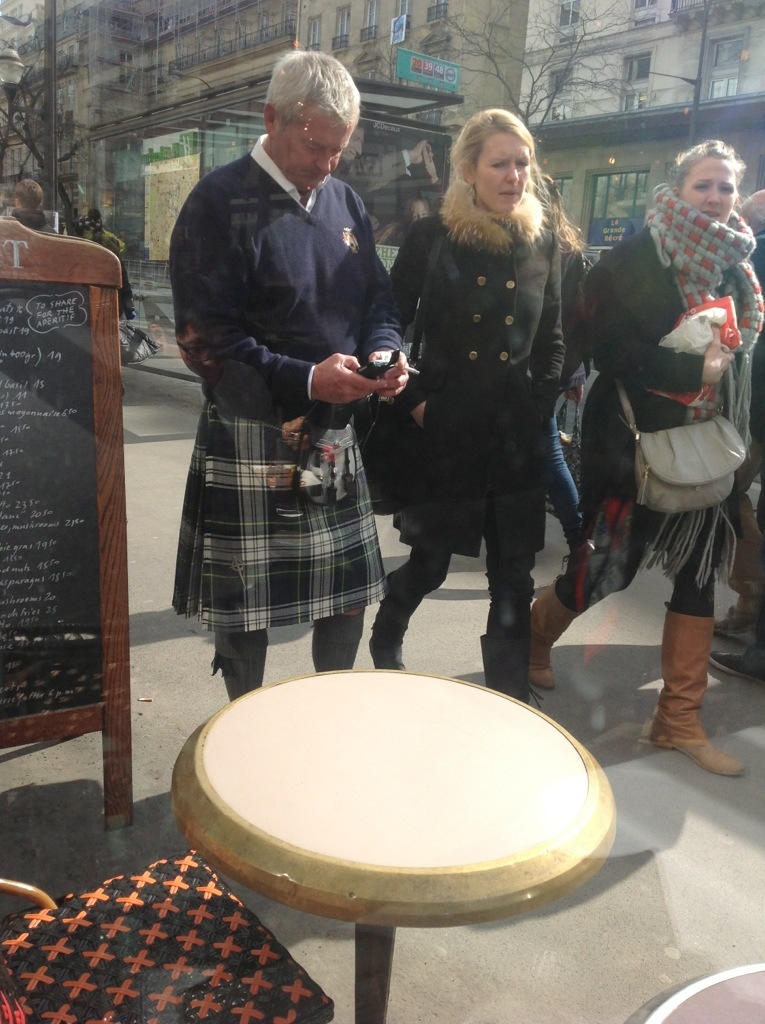 Its not Friday and these photos were not taken at the Café de Flore. Last Friday, in fact, I was across town from the Flore, working at an agency near the Grands Boulevards. I wanted to get out there and take some street fashion photos for you, but with a computer, two iPads and some serious warm winter gear in tow, I didn’t have the room in my portable, office, aka my hand bag! And then there was reason for toting all that winter gear about. It was cold outside. After having spent my summer in the southern hemisphere with below zero temps, my holiday break in Lapland and last week in the Alps, I’m feeling the deep freeze in the very marrow of my bones and My self simply refuses to spend any time in the cold unless it is for my immediate survival.

So, I tucked into a glass enclosed terasse that was swimming in sunlight. so much sunshine poured in I kept my sunglasses on and I was happy like a cat in a sun beam, I sat their relishing every little wave of UV as they caressed my skin. i’m afraid my purring could be heard two tables over!

But I did get in some street fashion shots. The man in the skirt is a more common sight than you’d imagine. Like most of the local kilt wearers, he was a rugby fan, in town to watch France play Scotland in the final match of the 6 Nations tournament. The game was Saturday, so I perhaps he was planning on pulling an all niter and perhaps his national team joined him, because France dominated the game and won their only victory of the competition.

I love the scarf of the girl who is oggling his knees, big and bulky as fashion demands, with a bright, personal touch of color! Just in time for spring, and perhaps a bit more sunshine. Bright days ahead!!! 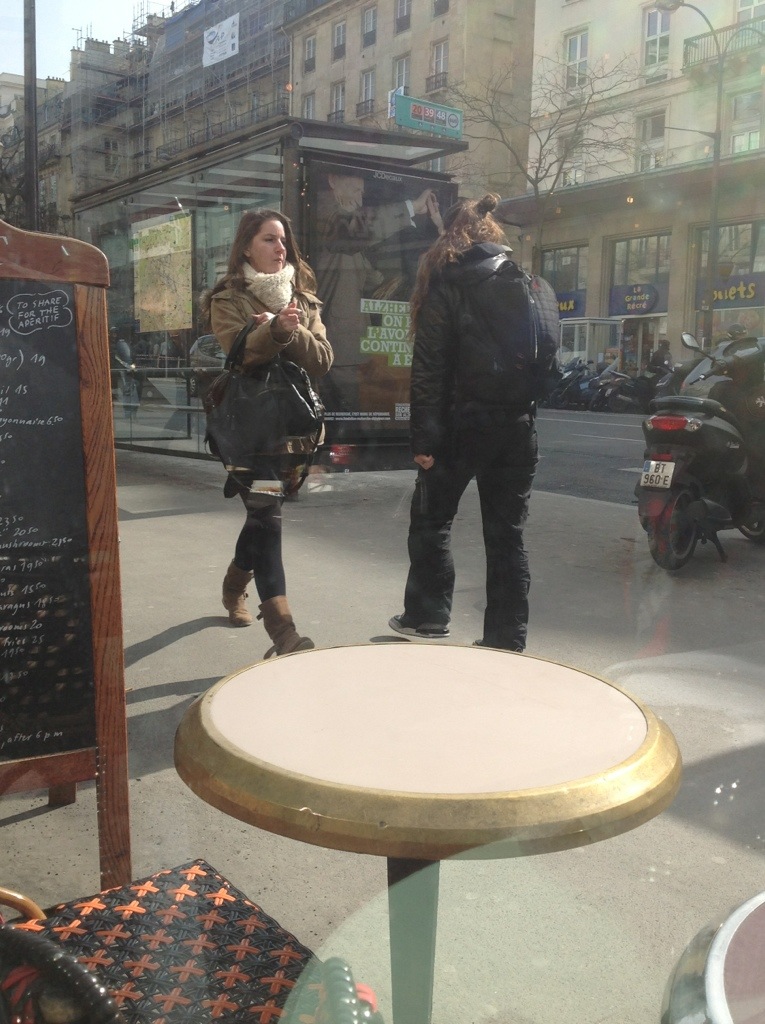