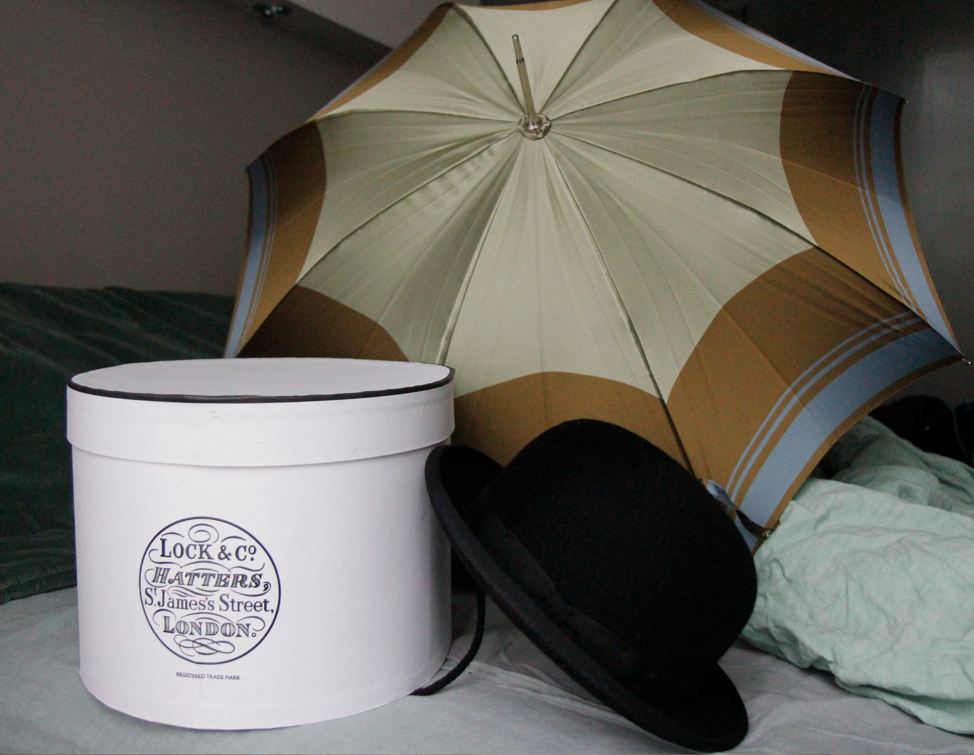 Looking back on the past year’s posts, its pretty clear that Mr French and I spend most of our holidays in fairly remote places. Places like the Magkadigkadi salt pans or the beaches of Hossegor, where we go for the adventure or the food, and sometimes the adventure AND the food. But this trip to London, we also did a bit of shopping, and while I can think 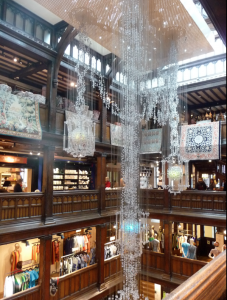 of nothing tackier than doing a haul post of all our purchases, we visited some pretty exceptional shops.

The first was Liberty & Co, a department store founded in 1875, just 25 years after the the world’s first department store, the Bon Marché opened in Paris. Liberty is housed in a faux Tudor building, featuring timber from the very non-faux battleships HMS Hindustan and HMS Impregnable and it is world famous for the colorful 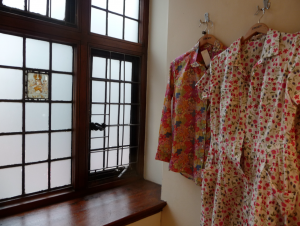 cotton indian print fabrics. Fabrics that I happen to love, so I was thrilled to visit the mothership. I was even more thrilled to discover their fabric department, as well as their Eastern bazaar furniture section full of all kinds of treasures, including Arts and Crafts antiques and hundreds of rolled oriental carpets overflowing into the wood framed gallery walkways and spilling over the rails, looking very much like Ali Baba’s cavern. 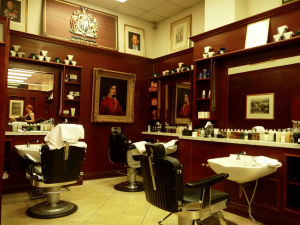 The next day, it was Mr French’s turn and I had booked him a gentleman’s shave at Truefitt & Hill, just blocks from St James Square and a short stroll from Buckingham Palace, which is convenient since they are the official barber for His Royal Highness the Duke of Edinburg. Mr French was quite pleased with his shave, and while 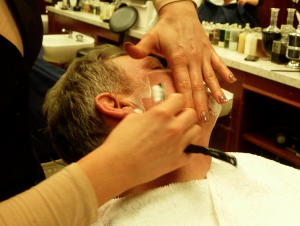 I’d like to believe it was because of the luxuriously warm face clothes, or the intensive triple shave with a straight edge razor, I suspect it was because of his charming barber and the way her pencil skirt clung seductively to her rear end (which he gallantly claims not to have noticed)!

We then ran directly across the street to Lock & Co, a hatter that started covering the heads of Londoners in 1676, exactly 100 years before the United States of America even existed. Nearly two centuries later, in 1849, a disgruntled hat wearer who was tired of constantly loosing his top hats to low hung branches, commissioned the hatter to build a better hat. They came up with the iconic bowler which they call a coke hat. 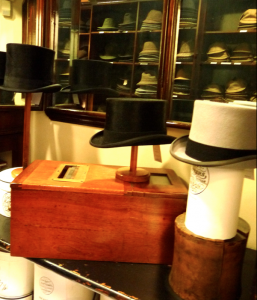 Today, the 8th generation of the family still runs the business, selling tweed caps, beaver fur top hats, and the original bowler, as well as more modern designs with their Lock & Roll collection. Upstairs there is a lady’s milliner, where, oh yeah, they sell bowlers for us girls, too.

That afternoon we headed off for Mr French’s final treat, which is kind of hypocritical for me to say, as I was having the time of my life. But, we really were going for Monsieur who had lost his umbrella a few months earlier, and desperately needed a replacement. I guided 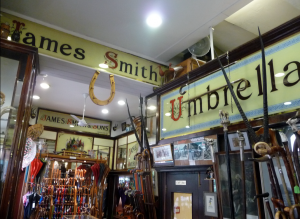 A golden horseshoe ensures you can open the brollies, without tempting fate

him slightly north, to New Oxford Street, where James Smith & Sons was established in 1830. Set in Hazelwood House, this family run, Victorian boutique is yet another treasure trove of history and finer living. The men’s umbrellas are custom cut to match each purchaser’s height, so that the entirely wooden shafts double as walking sticks. Mr French chose one made from hazelwood, like the name of the house and our salesman was so honored he let me take a few photos, although they are generally forbidden. The ladies’ umbrellas come with leather handles and dainty silk wrist bands so that you have a better grip. There were also canes with fantastical handles and a display of antique walking sticks with secret dice cups, drinking vials, and other illicit goodies… 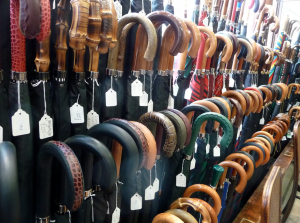 The gentleman’s shops we visited all enjoy a royal warrant, which does not mean they are under arrest, but rather, they are official suppliers to the Queen’s household. While writing this article I stumbled upon the official website of the Royal Warrant and discovered a page that lets you see who is supplying what to the Queen’s household. I think its hysterical knowing that Charles’ toothpaste comes from Glaxo Kline Smith, or the Queen wears Clarins face cream. I couldn’t bring myself to look at the cleaning supplies, but I did notice from their list of hobby supplies that, be it photos or wild animals, the royals like to shoot. And since today was all about Mr French maybe next time I’ll download the address to the Queen’s jeweler.