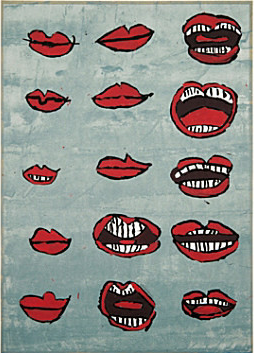 Yes, its Friday, and yes, its time for Friday@Flore, but yesterday I had one of those truly incredible, uniquely Paris discoveries where I felt like Alice in a wonderland of enchantment and I simply have to share it with you…
It began last week when I was strolling the ‘hood and I walked by the rec centre where M and almost every other kid in this neighborhood would take theater, dance martial arts and any other kiddie class you can think of. A wave of nostalgia passed over me as my curiosity went into high alert. MUSEUM OF EVERYTHING, large red and white signage shouted from the entrance, visually stunning anyone who was not wearing black out sunglasses. 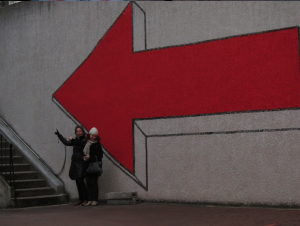 It was a Monday morning and the museum was closed, but I put it near the top of my to do list and continued along my way. The place looked fun and un-Parisian from its bright bold colors to its English-only signage.

At home I did a little research and found that the show had already visited the Tate Modern and Selfridge’s in London and that it is a museum dedicated to a very specific kind of art, “In tiny crevices and under dusty beds, there lies a secret creativity by the unknowns of society. Unexpected, delicate, profound, this democratic work has inspired the world’s greatest artists and creative minds.”

The sentence didn’t tell me much, so I had no idea what to expect when I drug our house guests, The Beast Cadets beyond the enormous carriage doors yesterday. We walked into the large, industrial looking courtyard, pass the building-sized red arrow, up three flights of stairs to the first salle of a lofty building just weeks away from demolition. 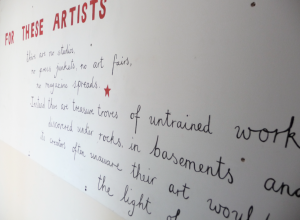 “Oh, it’s Henry Darger.” pronounced Mme TBC. That is one of the many things I love about Mme TBC, the lady is an encyclopedia with legs. She went on to explain that the above museum quote is a fancy way of saying Outsider Art, which like patisseries and haute couture, is a fine concept brought to you by the French, who named it Art Brut in the 70’s.

Outsider Art it fun, and weird and the very definition of quirky. I LOVED it. Without even looking at my notes I can tell you about the decoupage covered forms by a Cuban cigar roller, the larger than life illustrations by a Chinese qi gong practitioner, and my personal favorite, the delicately intricate sculptures made from random typewriter and radio bits by the French artist AMC.

To accompany the art, there are essays on the work by artistes like David Byrne, Ron Arad and Ann Messanger, talking about their inspiration. And at the end of the show there is a worthwhile giftshop and très Anglo-saxon café.

Sponsored by trend-setters like Derrière restaurant and the Merci store, this is THE place to be this season (which was a turn off, but I was wrong) and for 5€ and entry it is a great bargain, to boot. Just like Santa, the Museum wears Red and White, and also like the Jolly Old Soul, it is only in town for a brief time and will be leaving with Christmas. So hop on your sled (or take the RATP) and visit the show!!!!

2 thoughts on “STOP the press”