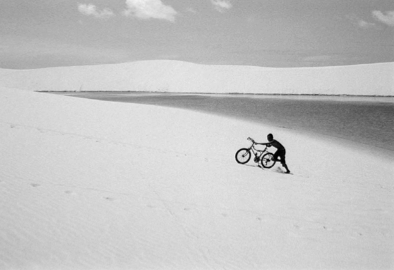 Mr French and I were strolling aimlessly around the ‘hood one Saturday when this photo caught my eye and stopped me in my tracks. I can’t really say why, but somehow, it transported me, chasing away the grey skies and warming me to the tips of my toes. Being a curious girl, I stepped inside the Galerie 54 to learn more. 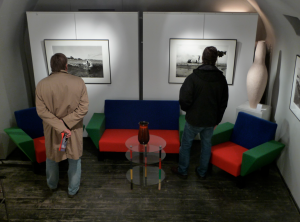 Mr French was thrilled because he’s looking for new chairs and he has a soft spot for the mid-century pieces that he detected sitting just beyond the photos in the gallery’s window. So as he started looking around and heading down into the vaulted ceiling basement, I started asking questions.

The lovely Juliette, the gallery’s owner heard me chattering away and came down to see what all the enthusiasm was about. I told her how much I loved the photo in the window and she explained that it was for the Photo Festival. I went from enthusiastic to ebullient. 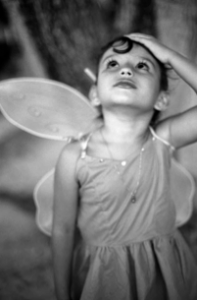 Not to be out done by Paris Photo with its stable of international galleries, the local art galleries in the St Germain des Prés neighborhood have joined forces to present the Photo Festival. Now in its second year, the festival runs throughout the month of November, featuring artists from across the globe. Unlike Paris Photo, walking into the galleries is free, and the show lasts long enough for everyone in Paris to have a chance to stroll on by.

Juliette explained that this year’s theme is Voyages and Dreams, which explains why the photo in the window inspired a ‘take me away’ moment for my winter weary self. For this year’s event the galleriest has selected Xavier Roy’s photos from Brasil, featuring black and white photos shot on film, a genuine rarity today and the perfect medium for capturing the grit and grain of South America.

Curious about the Festival, Mr French and I headed out to explore the other galleries, like some of the shows, finding that others just looked like a collection of someone’s vacation shots. We were fascinated with the vintage prints from the 1870’s at the Librairie ALain Brieux, amused by the work of Elliot Erwin at Frederic Got and totally entranced by the photos at Librairie St Benoit-des-Pres. Like Arnie would say, “I’ll be back.”

The Photo Festival runs until Nov 30.

2 thoughts on “The Photo Festival”