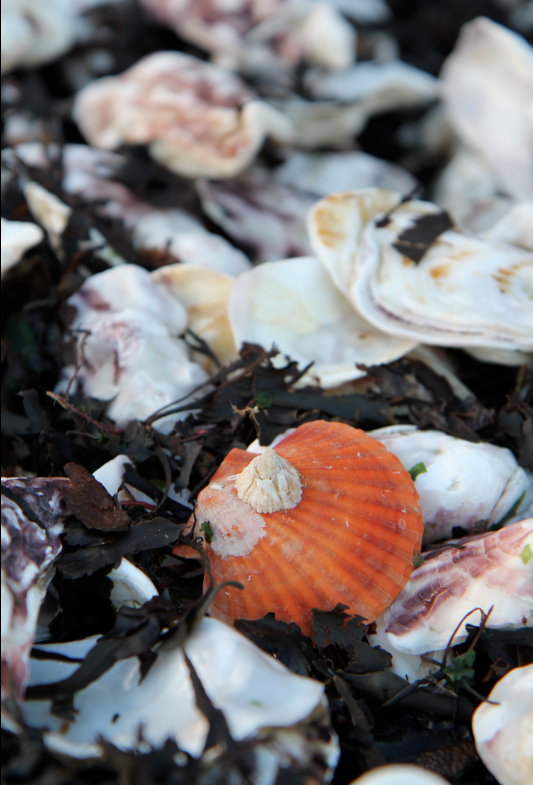 One year ago last week, Mr French and I PACSed, which is to say we entered into a civil union, which is hard to explain, but basically, we’re officially almost-married and since I’ll jump on any excuse to party, it seemed the perfect excuse for a celebration. 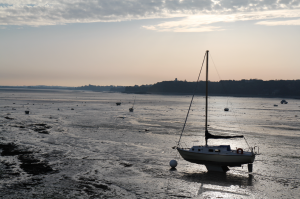 Given last month’s schedule with family obligations, holiday plans and business trips that kept us apart for nearly three weeks, the only real way to celebrate was to escape to a place where we could calmly sit and sleep, preferably far from our children and their constant reminders of what pathetic old saps we are.

Remembering a good friend and his excitement over his 50th birthday weekend at Olivier Roellinger’s hotel and restaurant, Les Maisons de Bricourt, I called up the folks in Cancale. They had a cottage room available, perched on the cliffs over looking the oyster farms. Sounded good to me, so I booked.

The folks in Cancale? Can what? Canale is a charming little fishing village on the Brittany coast, but few people ever hear of it because it is forever in the shadow of its two imposing neighbors; St Malo and the Mont St Michel. This is too bad for all those who merely drive through on their way from one Heritage site to the next, but fantastic for those who stop and can have the place to themselves. 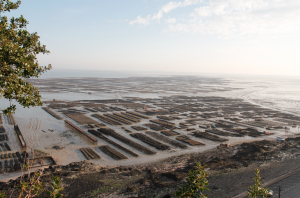 In France, the town is known for its oyster production with farms that stretch out for miles and miles into the bay. The beds disappear completely at high tide and then reappear., *poof*, like magic!

The GR 34, an idyllic hiking trail with stupendous views, follows the coast from here to St Malo and we could see the trail head tempting us with promises of health and well-being, like Ursula tempted Ariel. Instead of going for a walk, we opted for only restaurant still serving lunch, Au Vieux Safran. Tourist central with a line of restaurants, I was not expecting much, so I was floored by the perfection coming from the kitchen. My shrimp entrée melted on my palette with hits of bay and a touch of salt, the moules were beyond reproach, while my fries were crisp on the outside and utterly creamy on the inside. I didn’t try Mr French’s meal because he chose andouille, and I will never be French enough to enjoy ammoniac notes of urine with my pork products. When I complimented the waitress on 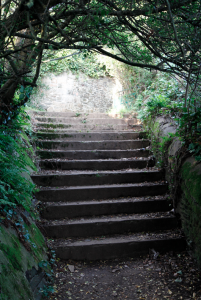 the incredibly good freshness of our meal, she reminded me of Cancale’s privileged situation ‘entre terre et mer‘ and made it clear that there could be no excuse for bad food in this part of Brittany.

Properly fed, and no longer terrified that we’d return to a town with absolutely no dining options, we at last headed to the GR34, our silhouettes hand in hand, disappearing into the woods.