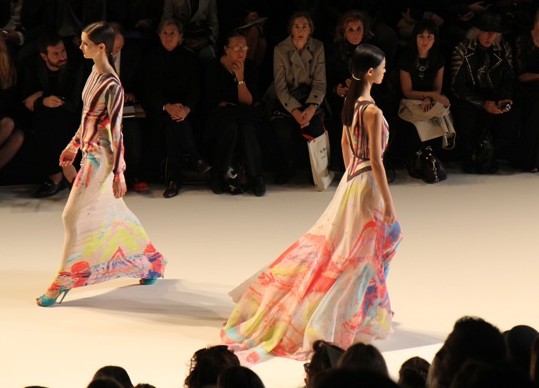 That maybe a title for another post. I can’t recall. It’s a feeling that happens to m fairly often since moving to Paris. And yesterday I got a big dose of it while attending the Elie Saab fashion show. This was my first large, international show with super stars and the über-chic crowd. After years of watching them saunter by as I ran errands or hurried to the office, I was finally “in”. And I got to be “in” with a truly fantastic designer who is more about style than brand, more about design than labels. I was as happy as a cat in a patch of sunlight on a winter’s day. 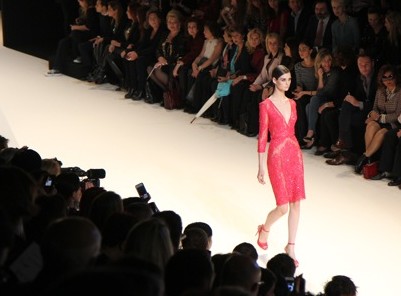 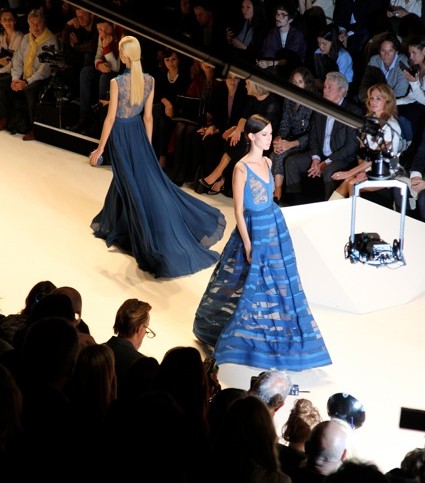 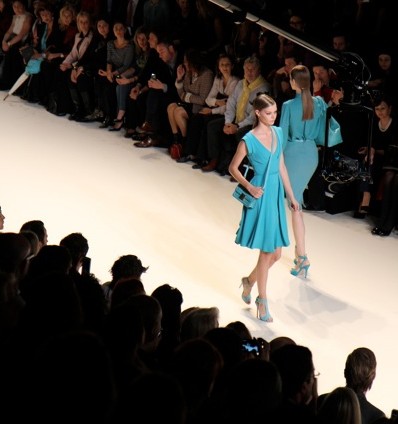 Elia Saab is an independent designer from Lebanon who was first invited by the Chambre Syndicale de la Haute Couture to show his collection at Paris Fashion Week in 2000. By 2006 he was a member of the Chambre. When I think of other designers, I may think of their classic cuts, nostalgic silhouettes, or daring designs. When I think of Elie Saab I immediately see sparkles and sumptuous fabrics that flow.Yesterday’s show did not let me down. 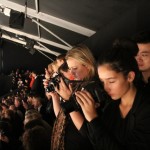 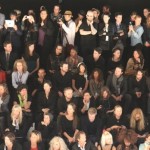 And I was not the only one soaking it all in.

Hundreds of international press were there recording every moment. Like when Taylor Swift showed up, or Rachel Zoe sashayed in. And my personal favorite, when the designer himself came out to acknowledge his fans, a brilliant, genuine smile on his face. 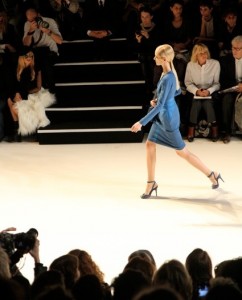 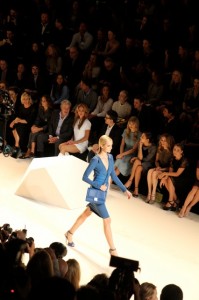 What is it like going to one of the main shows? You get there on time, because if you’re late, they won’t let you in. Than you stand around for about half an hour until they start letting the press enter. As you wait the fashion press and bloggers are out milling about and shooting everything that moves while fashion students flirt with the guards, hoping for a nod in. Finally, you can enter, and within a few minutes close to 1000 people have taken their seats. The music begins to pump through the speakers, loud enough to vibrate in your chest and the first model steps out. Flashes start flying, iPhones start tweeting and a brief 12-15 minutes later it is over, you’ve seen the entire collection and the women return, walking out single file for a final viewing. Just as they disappear behind the screen, the designer walks out, gives an appreciative wave and the music stops as everyone files out. 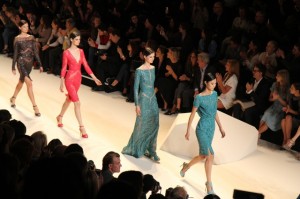 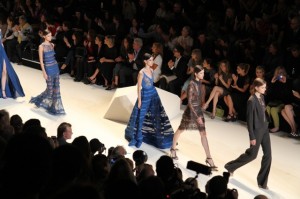 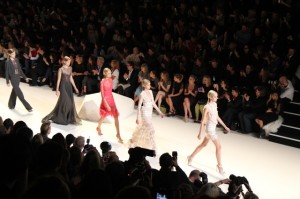 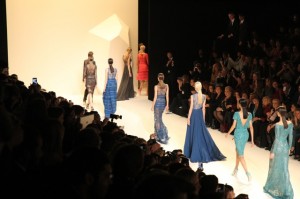 The fashion was fantastic. Bright, solid colors flowed elegantly while enlightened with plays of lace and light. A couple of graphic dresses were young, modern and ready to hit the streets. It all looked wearable and even comfortable, which almost sounds like an insult in this world of tortured looks, and nearly impossible for formal wear, but it was a delight to the imagination and something of a dream come true. 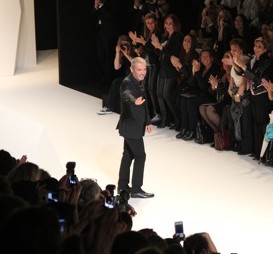