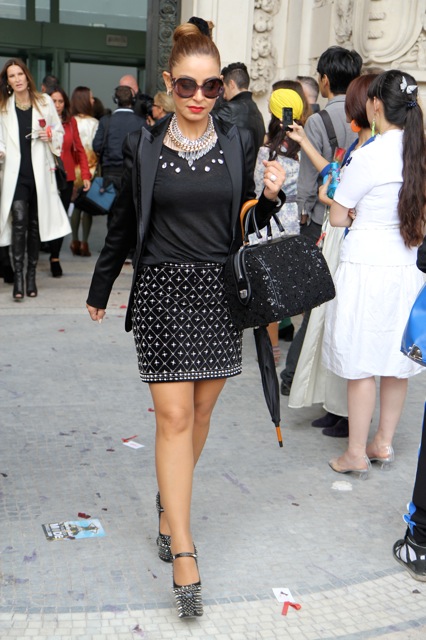 Yesterday, with sinuses swollen like two bagpipes and bags under my eyes the size of Louis Vuitton trunks, I dragged my drugged up self out of bed and started Dressing with a capital D. Its still fashion week and yesterday was the Chanel show at the Grand Palais. I was going to the spectacle even if it meant calling in medical reinforcements. 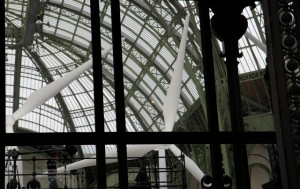 Since following Paris Fashion Week, I’ve learned to arrive on time. Never early and there is no point in being late. But this was Chanel and I was expecting something different, so I went an hour early, camping out at a nearby café nursing a mint tea. Sitting there with my personal fan, Jane, we were surrounded by the crème de la crème of the fashion world, everyone proudly sporting their black and blue plaid, glossy invitation. Of course, I didn’t have one (sniff, sniff) 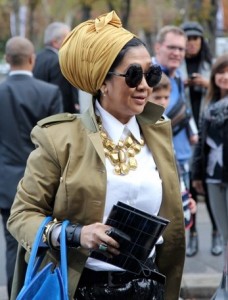 This lady showed up at our café on foot, and then had the limo drive her the 50 yrds to the backstage entrance!

Earlier than usual limos started to arrive and we started following the crowd, literally falling into the International press and the elbow of a super aggressive Japanese photographer as they waited for celebrities arriving by the back door. Photographers screamed for the attention of each fashionista as she poured out of a limo. I recognized no one and all the jostling had my instincts looking for the nearest shin to kick and I was afraid it would awake my inner parisienne like the full moon brings out the werewolves. It was time to move to the entrance 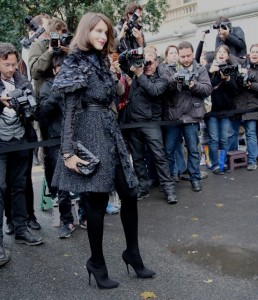 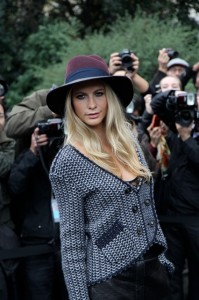 Good move, because that is where the party was full on. Aspiring, young designers from across the globe were wearing their most outrageous outfits, hoping to be discovered. Fashionista bloggers were in full outrageous mode, with same dream. And the fashion world started to arrive, the true professionals heart breakingly elegant and simply beautiful. Gala was handing out roses, American Apparel giving freebies and Les Echos had a Karl inspired magazine for everyone. And the shoes. OMG the shoes. Simply orgasmic. I got dizzy shooting all the amazing shoes walking in every direction, like watching a meteorite shower under the desert sky in August. 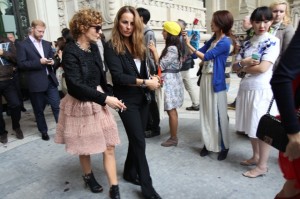 Don't know who it is, but the skirt is pure Alaïa 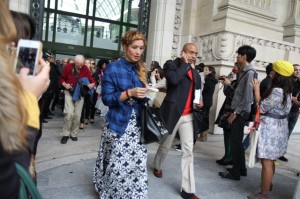 The man in the bordeaux cardigan is Bill Cunningham, my idol!!!

Half an hour after the show was supposed to begin, the doors opened and soon, the vibrant, pulsing music began. 20 minutes later it was over.

20 minutes is long for a fashion show in this part of the world. Karl was giving the crowd a generous fix. They poured out of the enormous hall looking happy and relaxed, which is another anomaly for fashion week.  Pure magic. 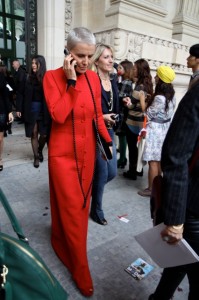 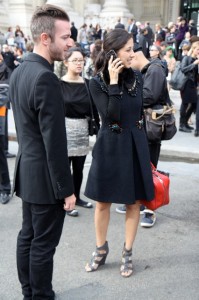 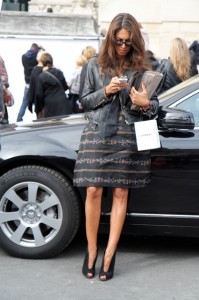 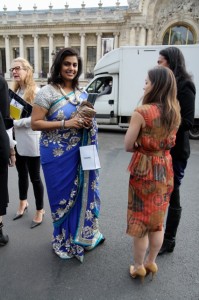 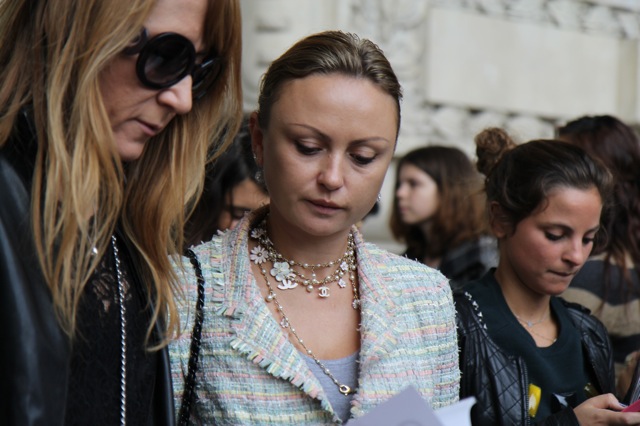 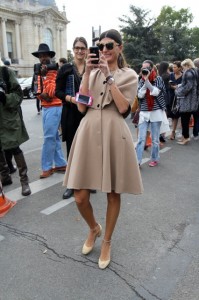