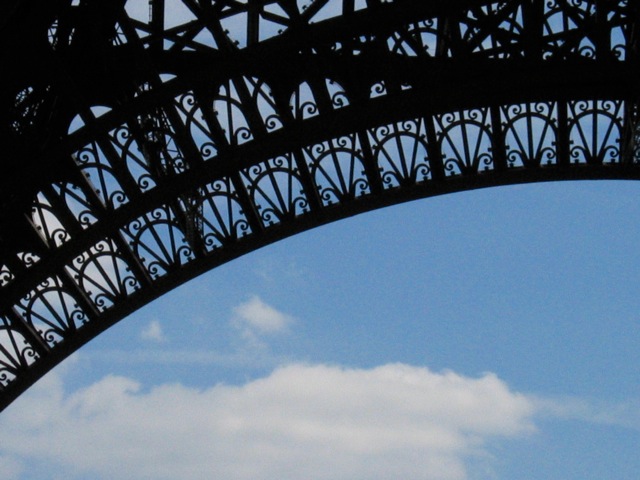 …even though I really, really want to!

1/ My smile. Not only is it rather large and somewhat goofy, but I’ve got big white teeth and it inevitably pops up spontaneously at the worst moments, like when I spot Inès de la Fressange at a cocktail party, and I should stay cool about it, but can’t help grinning like some kind of psycho stalker.

2/ Can’t smoke tobacco. Sorry, never have and never will. Its dirty and disgusting and kills the taste buds, which would have serious consequences for my chocolate habit.

3/ Will never appreciate Foie Gras. Its not a moral issue and I am not so worried about the gaggles of geese who line up to be gavé-ed, but the stuff just tastes like fat to me. The “gras” should have tipped me off.

4/ My bones are too big. Which is a Cleopatra, Queen of Denial way of saying I am just too fat. Have always been too fat and will never been thin enough to be mistaken for a local fille.

5/ I LIKE wearing bulky, thick fleece sweat pants. They are comfortable, even if they do make my ass look as large as the Louvre. So why most most Frenchmen get to come home to a neatly pressed, fully coiffed, high heeled Madame? Mr French gets slobby me.

6/ Too much hair. I don’t know if its the water, genetics, or perhaps all the cigarette smoke, but Parisiennes have thin, straight hair that looks absolutely perfect when twisted into a messy blob at the nape of their necks. When I do that, I look like Cousin Itt on a bad hair day.

7/ I don’t complain enough. I am not being judgmental here, it is a well known regional pass time. My Little Paris made a video about it and there is a popular t-shirt that reads, “I heart nothing, I’m a Parisienne“. Clearly these folks have never spent a winter in Montréal, or a summer in San Francisco, or they’d realize, they’ve got nothing to complain about!

8/ I like to work. The French like holidays. Nothing wrong with vacations, but when your kids get a 2 week break every 6 weeks AND 2 months off for the summer holidays, well, it makes you wanna scream, au secours!!! And I’m not even going to start on les grèves...

9/ I kind of think its ok to eat when you’re hungry. I am not talking constant grazing, but I suspect if it was ok to have a little snack at the heure du goûter Parisiennes might smile a bit more and complain a bit less. It doesn’t have to be fattening, an apple a day…

10/ Did I mention that damn smile of mine?

12 thoughts on “10 reasons I’ll never be a Parisienne”