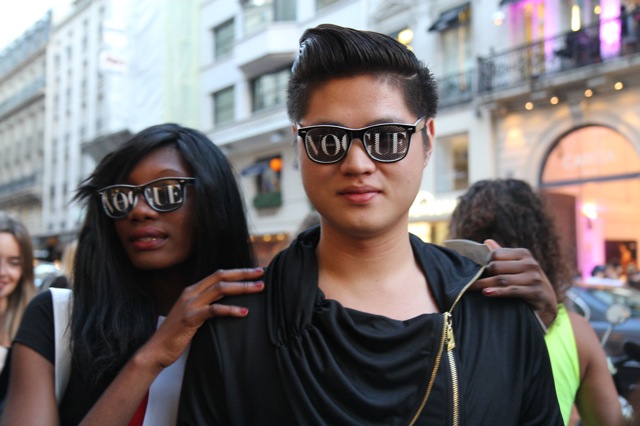 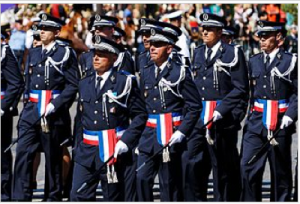 Vogue Fashion Night Out started with a long trip. That is, me, flying across the paved sidewalk in front of the Elysées Palace as the police prepared for the president’s arrival. My large SLR Canon flew out of my bag and I landed with full force on one knee. Several men dressed in a white version of this uniform came scurrying to my aid as E scraped me off the pavement and I tried to disappear in shame. They were a bit concerned, the presidentwas on his way, and there I sat, blood spurting from knee. They offered to bring me inside and clean me up, but I was too embarrassed. Can you imagine being too embarrassed to jump at a chance of a quick peek into the President’s palace? I was. And I was late to meet my friends Out and About In Paris and EllaCoquine for Fashion Night OUT!!! 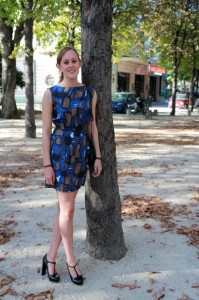 Being the Mom, I coerced E into wearing her Grandmére’s 1956 Paris (not haute) couture dress. Stunning, chic and shockingly modern, n’est-ce pas? Since the ladies were no where to be seen I hobbled across the street where the gorgeous girls at Lancôme gave me a quick knee-cial, cleaning up the scrape. And then we were ready to go.. 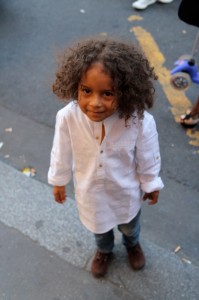 Another kid, with a much cooler mom, was lovin’ his hippy chic moment, posing for every camera that passed. 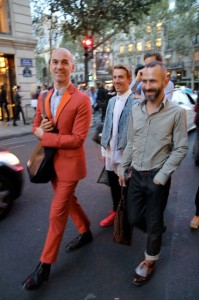 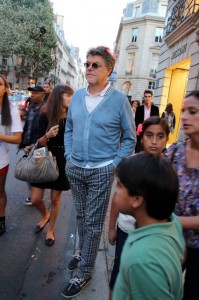 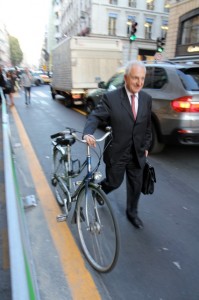 The men looked absolutely fabulous… even the one’s who had had no idea it was Fashion Night Out!!! 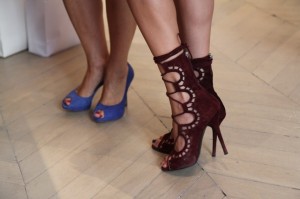 But the shoes are what fascinated me, so we followed them to Roger Vivier, where we came upon none other than the queen of Parisienne chic herself… Mme de la Fressange.

The room was full of people wearing their Thursday night best, looking fabulous as they enjoyed the live music, free drinks and tempting snacks. The staff looked like they were having as much fun as the rest of us. 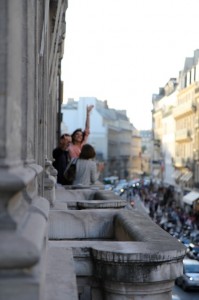 blurry shot... I blame the champagne 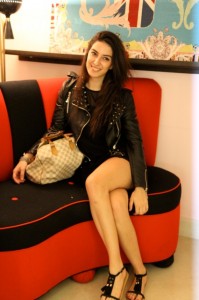 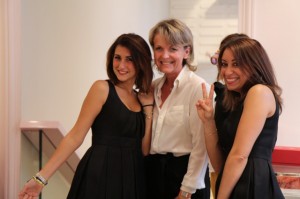 Liquered up and ready for adventure, we headed out the door and up the Faubourg Saint Honoré where some fashion models were drawing a crowd. I’ll let you imagine how much of a crown and which model was stopped by police and asked to head back into the boutique she was working for…. 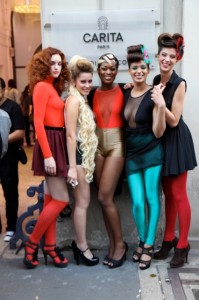 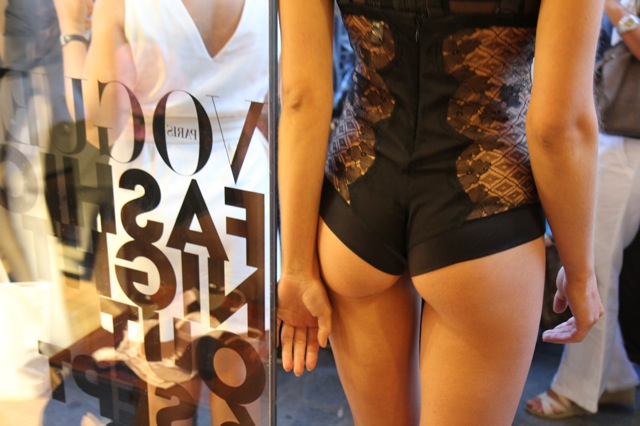 ps… these lucky girls got our invitation to use for the rest of the night, as we headed home early. 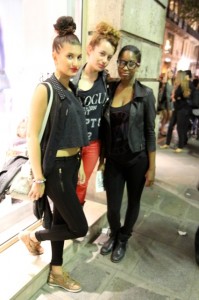 8 thoughts on “Friday@Flore / Fashion Night Out”