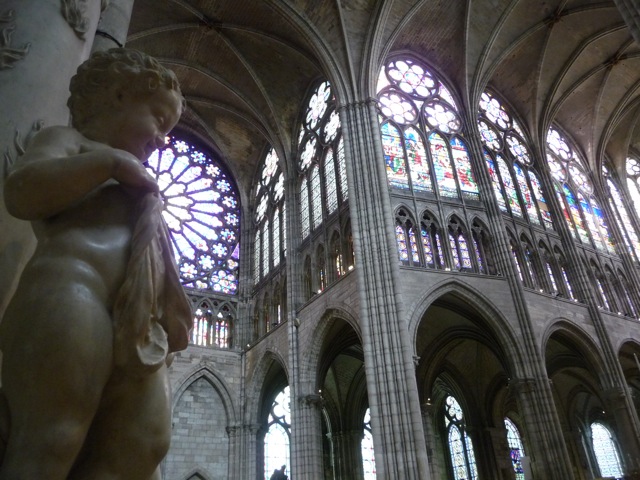 While in Botswana the manager of San Camp, Mercedes, served pili pili ho ho, a Kenyan hot sauce made from chili peppers and gin. As much as I love French cuisine, I miss some heat, and I loved it so much that she shared the recipe. As soon as I returned, I needed to see a man about some peppers. A visit to the Saint Denis market was required.

At the market I treated myself to an ear of roasted corn and some oriental pastries dripping with honey. A holiday for my taste buds. Happily sated and the peppers safely in my bag, I took some time to visit the famous Basilique de Saint Denis, where the French buried their Kings and Queens. I hadn’t been in probably 25 years and on my previous visit I had not realized that this is where Dagobert had been laid to rest. 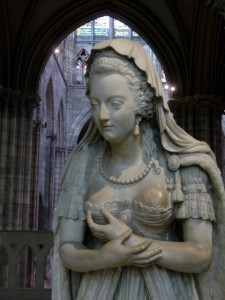 Dagobert was the first king to be buried in the Basilique Saint Denis, sometime around the year 640. Ha was considered to be a good king and he made something of an impression on popular culture. Such an impression, in fact, that today 1400 years after his birth, in pre-schools across the globe, little French children sing about the Good King Dagobert who put his panties on inside out. He also had holes at his elbows, in his tights and was so filthy the grime looked like a beard growing on his face. Thankfully he had his good buddy Saint Eloi to point out all his little short comings and to give him the shirt off his back; along with the tights, the soap, and the money to replace whatever he needed. Its a long song. Dagobert needed a lot of help and Saint Eloi was a great sport, although I am not sure how he responded to Dagobert’s request to take his place by the devil’s side for eternity. The king’s privilege should only go so far…. 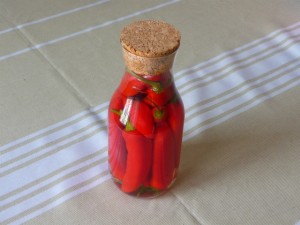 Pili pili ho ho; fill a bottle with chili peppers, cover it to the top with gin, then let it sit for 6 months. Add dry sherry as needed.