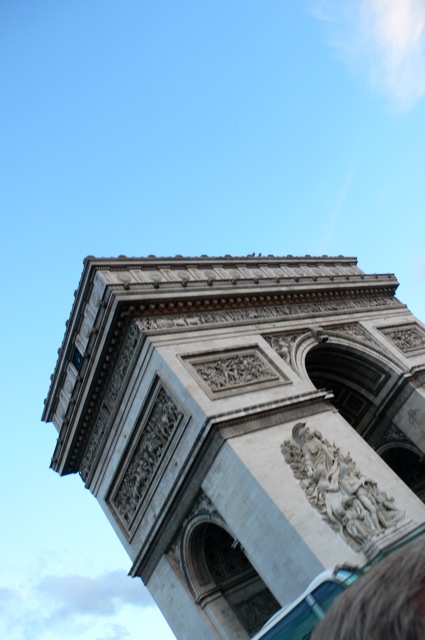 I used to have my very own, sexy little dutch bike, with its seductive swan body and charming market basket, but vandalism, after vandalism, caused me to give it a ditch, and now I go public all the way; metro, bus or Velib’ for me, folks.

But last week I had access to a car. A vehicle just as seductive as my beloved bike; it was topless. As luck would have it, the sun broke through and I had an airport run. I was behind the wheel before you could say, 1964 and 1/2, cherry red, Mustang convertible (that was not what I would be driving, but it is my dream car).

Going through the city, up the Champs Elysées with my daughter riding shot gun, was a thrill. We felt oh-so-very Parisienne. And then we got to the Etoile. 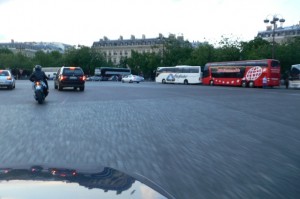 “How did you know I’d be wanting chewing gum right now? I never chew gum.”

“Because you’re nervous. You shouldn’t be though, 1000s of people drive around the Arc de Triomphe everyday. Some of them aren’t even very smart. You can do this.”

And do it we did. Up the avenue to the péripherique, where things were bottle necked and we spent an hour and a half for the 40 minute ride to Charles de Gaulle. And that’s why I love the RER. 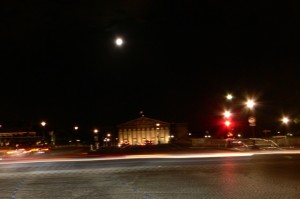 That night, I met up with the Yoga Yenta; two (momentarily) single girls out on the town, the top down, the music cranked up. And while I’ll still never have a car in Paris, we had an absolute blast driving by the Eiffiel Tower, past the Shangri la, oh la, la! This city can be breathtakingly beautiful at night. We stopped and got out for a bit under the column at the Place Vendôme, and took a good long look. YY started noticing all the ornate detail in the sculpture for the very first time, reminding us how great it is to see the city from a new angle every now and again. Next week, we’re thinking skateboards….

4 thoughts on “Topless in Paris”