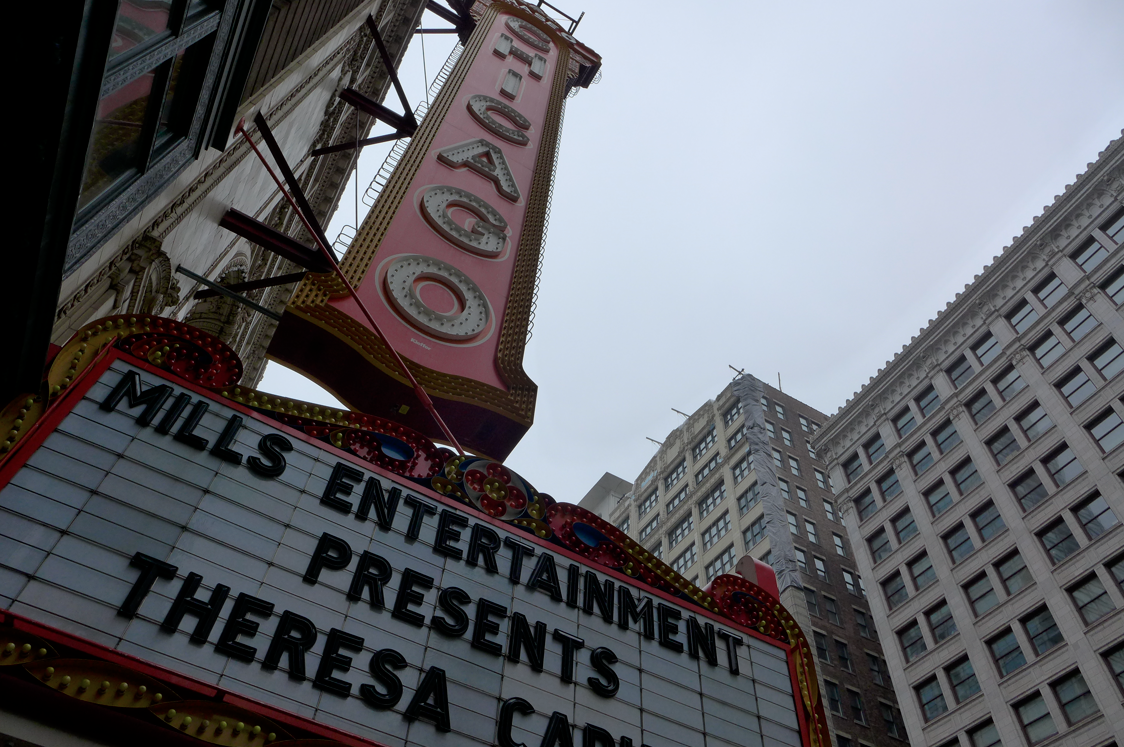 In 1892 French sculptor Léon Grandin was hired to design the fountains for the Chicago World’s Fair that brought us the Ferris Wheel, Juicy Fruit gum and dishwashers. Being a brave, bold woman for her time, who had probably heard rumours about that dishwashing machine, his wife insisted on joining in the adventure. Knowing this was a trip of a life time, Marie kept a journal and later wrote a book about her time in the US.

Like Parisians expats living abroad today, she had a hard time with the food, missing quality breads, cheeses and “properly” cooked vegetables. She marveled at the differences in child rearing and was enchanted with the endless possibilities available.

Having recently read her book, Une Parisienne à Paris, Madame Grandin was with me on my latest adventure to the Windy City, as I wondered at America through her eyes. I imagined how she would have been surprised to see the solo woman enjoying a glass of white wine and a casual bite at the très Parisienne counter of the Bistro Zinc or enjoyed the modern (for her times) collection of Impressionist art at the Chicago Art Institute.

More than a century divides us, and I grew up in the US, yet I can relate to the cultural shock she experienced. I freeze as I go to open the door at the Tourist office and there is an icon indicating “No Pistols Allowed”. Ordering my morning coffee, I request a small cup to a confused server who only understands terms like Venti or Grande. Once we think we have communicated she arrives with her version of small and I think there has been some kind of misunderstanding at the supersized serving.

I jump back a step as the sales man, yes MAN!!! at Victoria’s Secret asks me my name. He is so friendly Mr French thinks he may be stoned, until his other colleagues act just as chipper. The salesman at Ralph Lauren hands me the business card for his blog. Its a familiarity I’ve grown unfamiliar with.

People look quizically as I stammer and stutter, clueless as to where I should sign with the stylus at the check out counter, or swipe my card in the taxi. “But you sound like an American, aren’t you American?” They query. “Oui, mais non” is the most appropriate reply.

At restaurants, our mouths drop as we are served ginormous portions. We plow through meals, desserts loosing their appeal. And there is food everywhere, students striding by, shoveling Asian noodles into their mouths between classes. At the movie theater bags rustle, chips crunch and entire meals are devoured, a chorus of bodily functions  accompanying the film.

Discussing our dismay at screaming kids being tolerated in diners and taco joints, a friend tells us that local Alinea, one of San Pellegrino’s 10 best Restaurants in the World recently expelled two guests with their screaming baby. The restaurant was chastised by the press for discrimination against parents with young children. The concept disturbs me on so many levels, it leaves even me without the words as my mind stutters to grasp the mentality of people who bring a baby to a $1000 meal and the culture that thinks this should be a right.

At Symphony Center we are astounded when late arrivals are allowed into the theater and shown their seats while the legendary Mavis Staples sings her heart out on stage.

While digesting our shock, we were also full of wonder. Imagine, a jazz singer in a symphony hall? And the zoo is a marvelous, open space, free to all. The city is investing in environmental projects along the entire lakefront and the public art is simply stupendous. There is a can do spirit of adventure, with the sense that anything is possible that is sadly lacking in French culture.

Much like Grandin, who returned to the US to settle there permanently, I was both shocked and delighted by the lack of rules in American society today. And I realized that while I may someday return, I will never truly go home again.