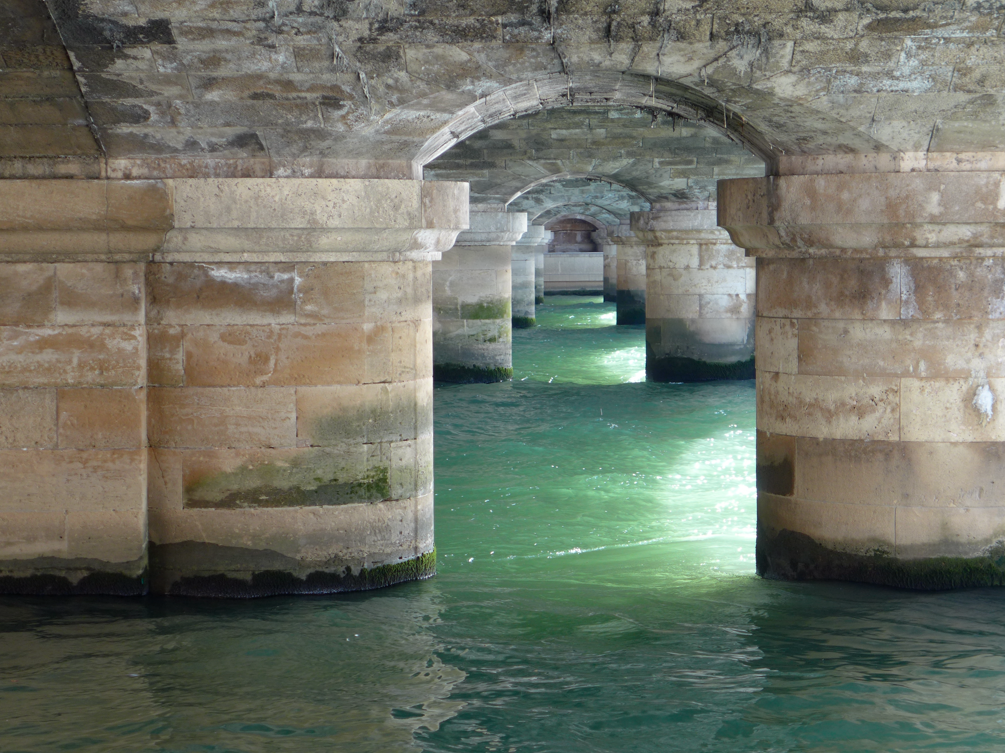 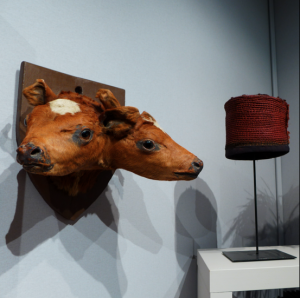 Last week was a blockbuster for the art world with the Salon du Dessin, Contemporary Drawing show, Paris+Art Design and Art Paris Fair. After three evenings of appreciating everything from European Masterpieces to a 2 headed calf, yesterday I was ready for a break. After a little poulet roti from the butcher downstairs, Mr French and I sat in the living room like Disney crows. 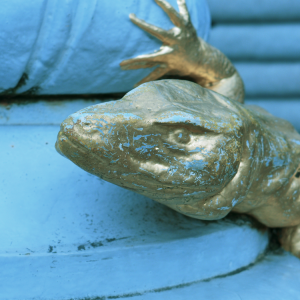 The weather was very much like in LA, lots of sunlight trying to shine through a dangerous level of smog, calling us outside for a balade. “Les Berges, I want to go to the Berges and check out what that street artist was doing by the bridge.”

So much for being art-ed out. Les Berges is a rather generic concept. In theory, just a nice place to stroll along the Seine. When I tell visitors to head there, they ask me what there is to do. The easy answer is to check it out on the official website. But even then, its not always clear, so here is what we saw going on yesterday, for a bit of inspiration… 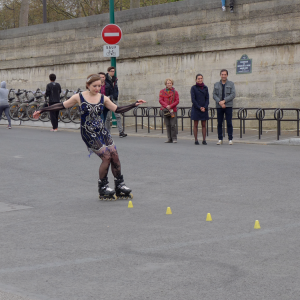 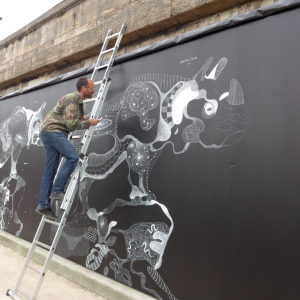 All the inspiration from the week had me trying to create a bit of art for myself, as I stood under a bridge completely fascinated by the play of color and light. The street artist Baudelocque was creating some tremendous art, inspired by the rhino in front of the Musée d’Orsay just above. There was more street art, all of it sponsored by Les Berges, and then there are the street performers, two elegant gentlemen in their French sailor tops roller blading with a 1930’s flapper to Georges Brassens and Edith Piaf.

Boot camp was in session all along the way with very buff men shouting at troops of athletes, having them drop and give ’em 10, 20, then more. Kids climbing the walls (literally), and group having a blast as they threw swings at one another for a boxing class they had signed up for online. All the activities are free for the lucky few who think of signing up before the classes fill up. 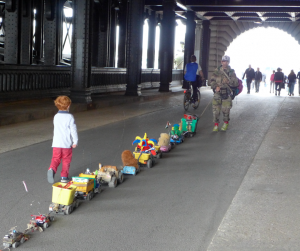 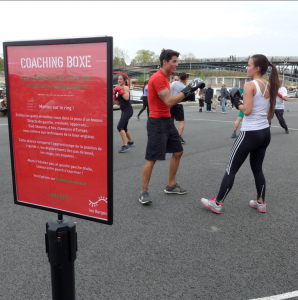 There are cyclists, runners and skate boarders weaving their way through people out walking their kids, their pets and even, their toy trains! In the shadow of the Pont Alexandre III there are a couple of cafés that disappear every winter and have just returned this weekend. One of them looks like they have invested in a steam boat they will be turning into a restaurant that could welcome diners rain, or shine… Whenever there are two cafés, Parisians tend to pick a favorite. Are you a Deux Magots gal or a Flore fan? We develop this illogical loyalty to one or the other and stick with it, even if its a little nuts. On the Berges there is Le Faust or en attendant Rosa. En attendant Rosa is by far the more popular option, so I love Le Faust, despite the horrid service, and the unreliable stock. Yesterday they were out of beer. And lemon syrup and anything edible. But as I sat there on my classic bistro chair, savoring he seafront table, I could not have cared less. I was in Paris, with Mr French and it was simply gorgeous. Which is when the man with his train walked by. I mean, really, does it get any better than that?