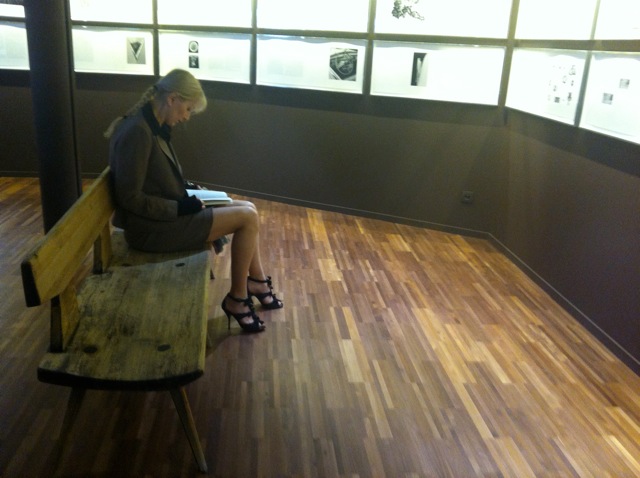 As I was out gift shopping, I spotted something new. When you live in a neighborhood that is several hundred years old, spotted with cafés and shops that have been around just as long, you tend to do that. You notice the new.

On the boulevard St Germain, nestled between les Deux Magots and my beloved Café de Flore, was the iconic bookstore, La Hune, which had been around since the 1950’s. Open Sundays and until midnight, it was key addresses in the local literary scene, not to mention a major pick-up place for those who prefer books to beers. So I was somewhat stunned when I read that it was closing earlier this year. Not only were they closing their doors, but the space was being taken over by LVMH and NOONE seemed particularly upset about it. As an organic eating, leftist militant from a California village that successfully prevented Starbucks from setting up shop, I was actually more than upset, I was devastated. How had I managed to convince myselves (that was a typo, but I love it, so it’s staying) that Parisiennes were any more immune to globalization than the rest of the world? Why weren’t they hitting the streets to protect this icon and their patrimoine? 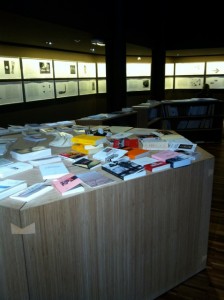 In the following weeks, the answer became clear. Noone was protesting, because they all knew something I didn’t. La Hune was not closing shop to leave the neighborhood. Quite the opposite, they were reclaiming a larger, brighter space just steps away. And they were giving DIOR the boot, a very elegant leather boot, I imagine, to do so. The tide of culture flooding out international labels. I’m down with that.

Which is how the prime real estate at the corner of the rue St Benoit and boul St Germain became vacant. Managed by LVMH you’d expect them open yet another luxury store, or expand the one next door. Instead, they launched a completely new concept. They opened a literary space. 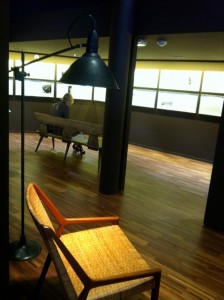 A literary space? What is a literary space you ask? I had no idea either, and drawn in by the beauty of the space, I went to inquire. The quiet haven of casual elegance, with chocolate colored walls, mid-century designer furniture, and an art exhibit dedicated to Jack Kerouac’s “On the Road” is simply a space to read. Tables are stacked with books, comfortable seats with good lighting are available and people are invited to discover literature. Occasionally, there will be lectures. Nothing is for sale.

L’ecriture est un voyage (writing is a journey) is the current theme, with a collection of memoirs, fiction and adventures from across the globe. If you just happen to fall in love the book you started, and absolutely must know how it ends, you are welcome to walk the 49 steps it takes to get to La Hune to purchase a copy for yourself. Still open Sundays and until midnight.